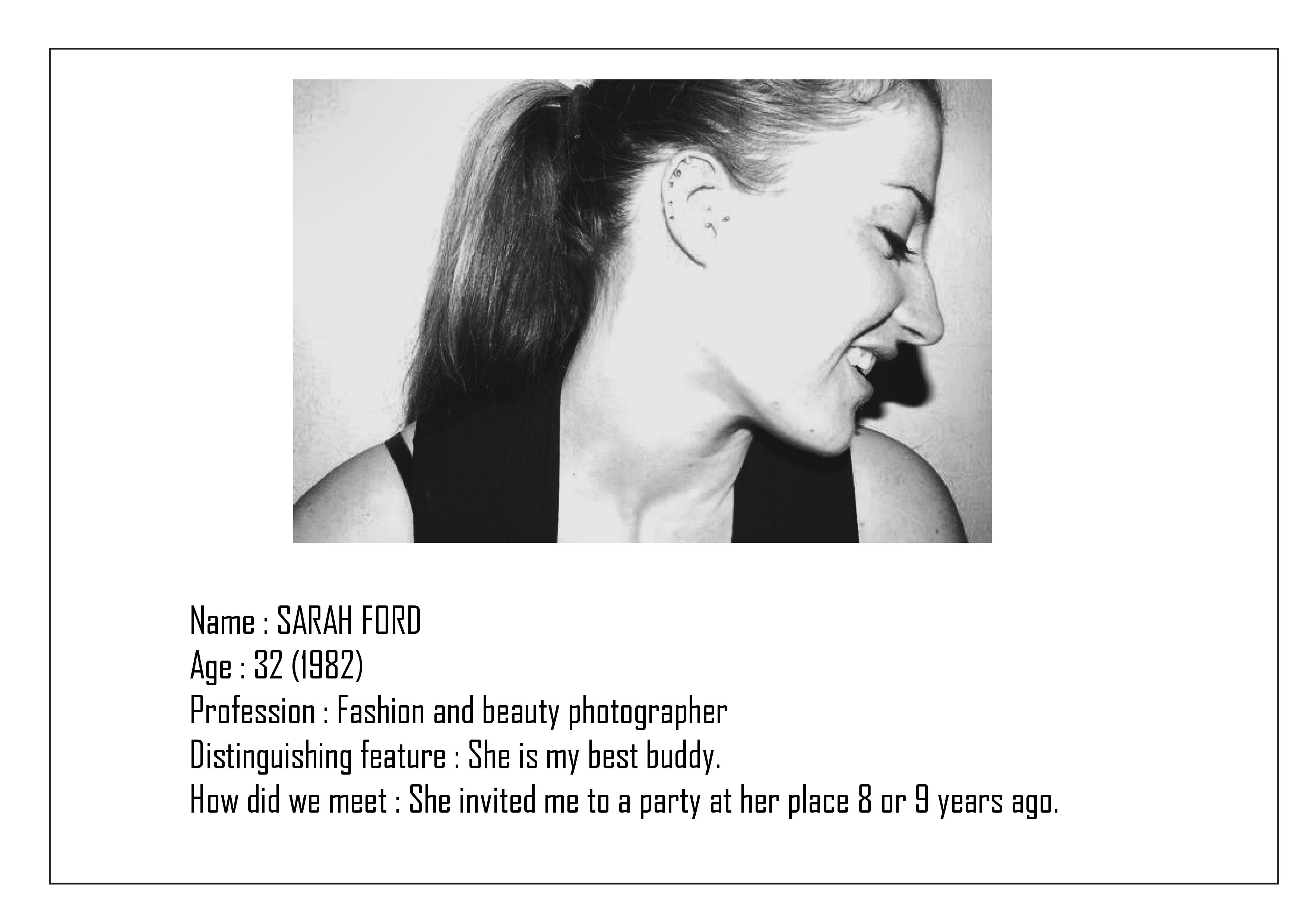 Who is Sarah Ford ?

Sarah Ford is a fashion and beauty photographer based in Paris.

It’s not for nothing that I say that Sarah Ford is my best buddy. She’s not like other girls, not is she like other guys. Sarah is a tasty mixture of virility and sensitivity, which makes her particularly unique. She’s certainly a woman, make no mistake about it, she has all the necessary parts where they should be. But we have to speak of her as guy. If you are moving apartments or your car breaks down, you can count on her. But if you’re interested in an afternoon of shopping with the girls, she is not the one to call. She would only care about sneakers on sale. During our first encounter it already became pretty clear what I was getting myself into. We first met on MySpace. During this time, the people in fashion were adding and following each other to create a network. She invited me to a party at her place. But just as I arrived, I saw her disappear with two guys, only to reappear at around 5am to let me know “hi, I’m Sarah Ford”. 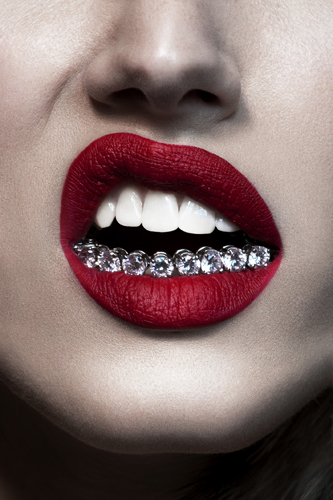 What is unexpected with this guy, is her child’s soul and sensitivity. Why a child’s soul? Because Sarah’s life is guided by Disney. She even said herself that Walt is her father. As a child she was always drawing, dreaming of one day working for Disney. For her final assignment in photography school, she picked the theme “Disney Princesses”. She has a tattoo of the cat from Alice in Wonderland. At her place, everything has a touch of Disney, whether it’s her computer or her sneakers. She also visits Disneyland at least once a month. Just strolling through the park is enough to make her relax. She even worked there as Rafiki and Pluto when she was young.

And the sensitive side to Sarah Ford? It’s unexpected! Even though she is more outspoken about sex than all of your friends taken together, she is also very shy and laughs nervously. When confronted with an embarrassing situation, she laughs, and the more embarrassing the situation, the more she laughs. It’s confusing the people she is with. Even to photograph a girl in the nude embarrasses her. She never dares to reveal her deepest feelings. She easily cries during movies, or during the MTV Awards. 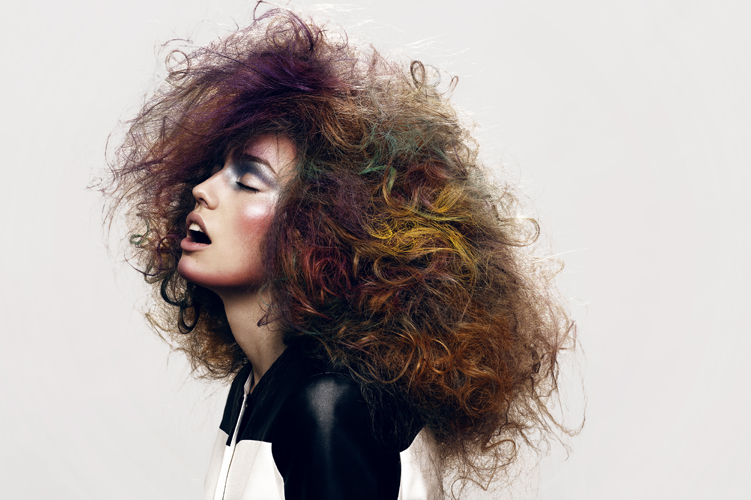 Regarding her career, as I said, Sarah Ford has always been passionate about drawing and wanted to make a career out of it. She drew all the time, and even took courses after school. She loved to draw faces of the people she liked and of those who she thought were beautiful. Unsurprisingly, she chose to do an art degree. But the reality caught up with her and she realized that professional opportunities field would be limited.

At college, she decided to take a “photo” course out of curiosity. There she began to learn about the techniques of photography. She realized that it was a continuity of drawing with regards to the work on faces and shadows. But  photography is a profession with which she could actually make a living and travel! And this came in handy, seeing as one of her main passions in life is travelling, and the United States. She’s visited the States 18 times over the course of 13 years, and she didn’t stop there. She also loves Asia. Her dream is to work everywhere in the world and switch between living in Asia, the United States and France, and to travel to a city whenever she misses it. 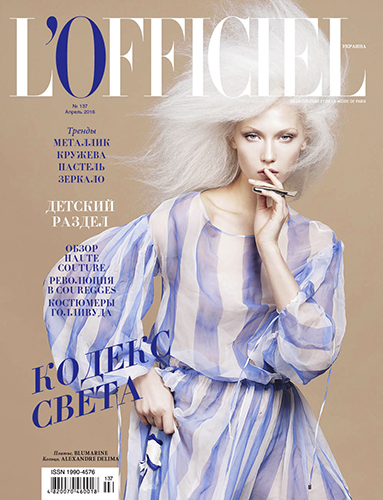 If there’s one thing she remembers being taught by her parents, who were both school teachers, it’s the Cartesian and logical mindset. Sarah even mentioned that it was not unusual at her house to open up a roast chicken during dinner to observe the anatomy of the animal and exclaim “Oh what a beautiful liver!” So for her, learning the basic techniques is important. So it was not surprising that once she finished college, she enrolled in the photo school Efet.

Sarah finished her training as a professional photographer’s assistant. When asked about her biggest take-away from this experience, it was that she now knew what she didn’t want to become. She had discovered that some photographers, while talented, are arrogant, proud, excessive, eccentric and malicious, and that she didn’t particularly want to end up like them. Gradually, she began shooting on her behalf. She built up a network of make-up artists and stylists on social networks and used her parent’s basement as a studio to develop a series of images which she then offered first to web magazines and later to print magazines. 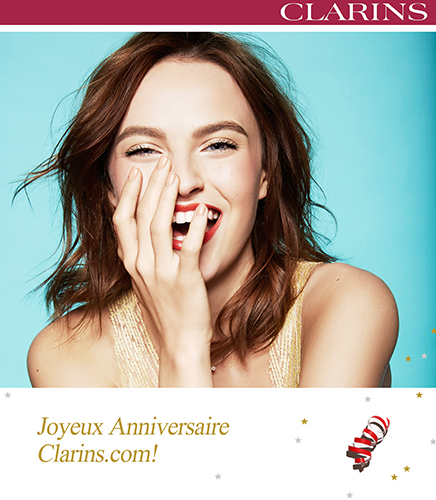 It took a lot of personal time and investment, but after 7 years of hard work, it paid off. Today Sarah has her own studio, more equipment. She can produce all the beauty images she wants. She landed contracts with beautiful cosmetic brands like Clarins, Lancôme and Sephora. And she is now even in a position to refuse low paid or uninteresting projects.

Sarah Ford has an agency in Paris and one in China. She is very proud of it, because she views this as a sign of recognition by her peers. Although satisfied with her career, she is inspired by the greatest (except Terry Richardson) to continue to “climb to the top” as she says, and hopes to have the international career she always dreamed of. Achieving this will depend almost exclusively on her talent and technique, because unlike others, she’s not a hustler constantly trying to sell herself, nor does she have the contacts to boost her career.

In her work, there are girls from all ethnic backgrounds, because she likes to intermix. According to Sarah, exotic is more aesthetic. She also likes to shift and move things around, so she has fun creating body parts in her images or creating a woman from two girls with different skin colors. 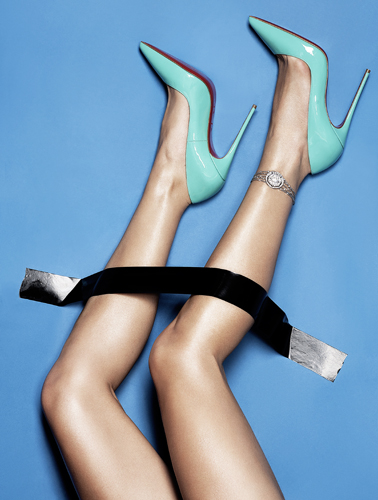 As for life in general, Sarah Ford is interested by all kinds of things. One could say that she squeezes the most out of life, always finding new things to do and refusing to be bored. Sarah loves sports. She did gymnastics, dancing and she played badminton. She simply enjoys to expend herself. Sarah loves music, especially hip-hop, and music videos. As a kid she played the cello. She spent all her summers practicing with other music students. She confirmed that it was a bit like the clarinet courses from American Pie...

Sarah loves her friends and never says no to a night out or a good excuse to spend time with them. She is also a man-eater. She prefers the beautiful, muscular, virile and exotic type (Asian if possible). Most of her conquests could easily be her photo models. Anyway, whether man or woman, she needs to be seduced before doing a shoot with someone. Otherwise she will not make the effort and won’t like the results. And through photographing them, or by drawing them, she feels like capturing a part of their beauty. 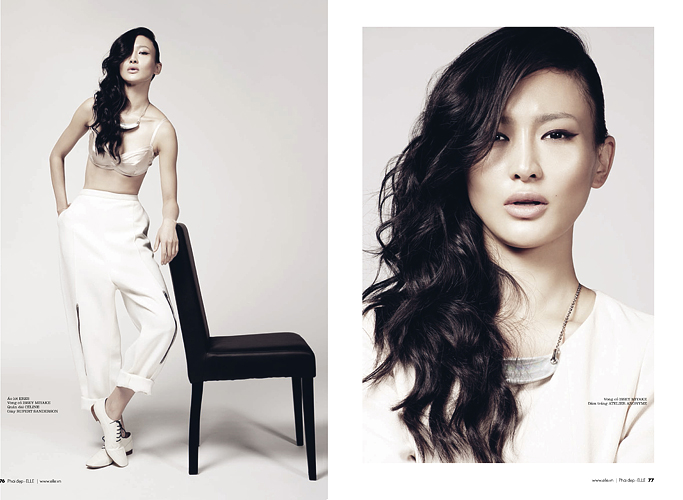 But most of all, Sarah Ford loves to laugh. The constant smile she wears on her face is not always the result of an embarrassing moment, it can also be due to good humor. She can make a joke right after getting up to have a good start to the day. During a photoshoot she will not hesitate to make jokes to lighten the mood. As she says this helps the team to enjoy themselves, they do their best and will want to work with her again. And this need to laugh also serves another purpose. Every time she thinks of a funny joke, she laughs to herself and says “I like myself!”. Seeing as she will still have to deal with herself for a few more years, it’s important that she gets along with herself. I think there are a few people that would be well served following her philosophy.

Of all the artists I’ve interviewed so far, I’m particularly proud to talk about Sarah Ford. Because we have been close for many years, and I can tell you is that She had a tough time getting to where she is today. Her success was certainly not handed to her. It is simply the result of hard work and perseverance. I’ve seen her live on nothing but pasta, and I was with her during some dark times and moments of doubt. But she kept at it and it eventually paid off! I hope that this is only the beginning of her success!

Finally, we can summarize Sarah Ford’s personality with the legendary improvised scene from Edouard Baer in the movie Asterix and Obelix: Mission Cleopatra, because life is encounters, the people that stood up for her when she was alone, and she succeeded. She said thank you to life, she sings, she is in love, but tomorrow, who knows, she may be of service to the community and give herself. Thank you Sarah Ford! 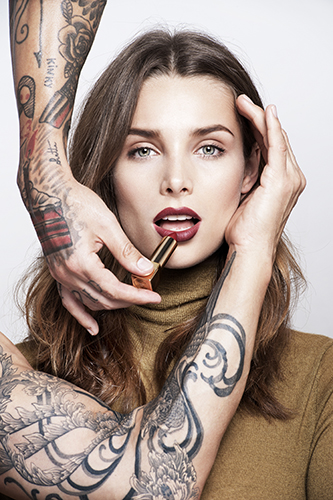 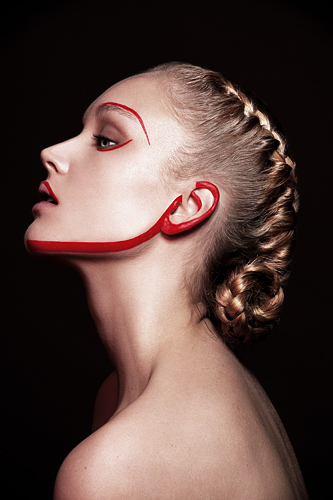 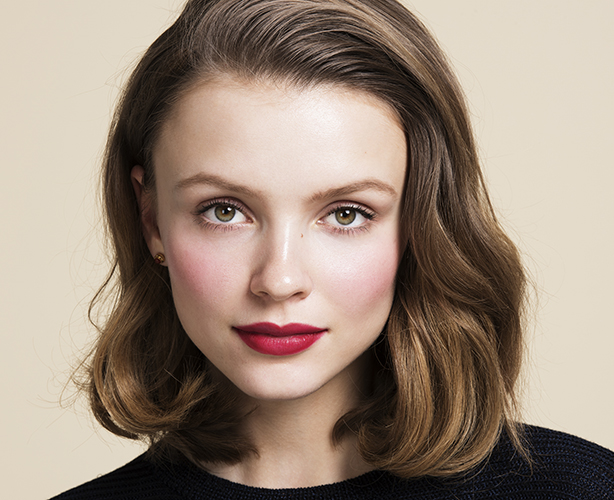 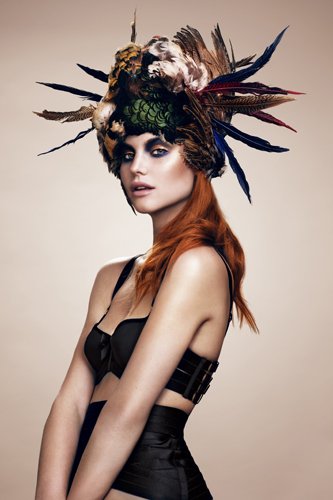 No comments yet
artiste photo