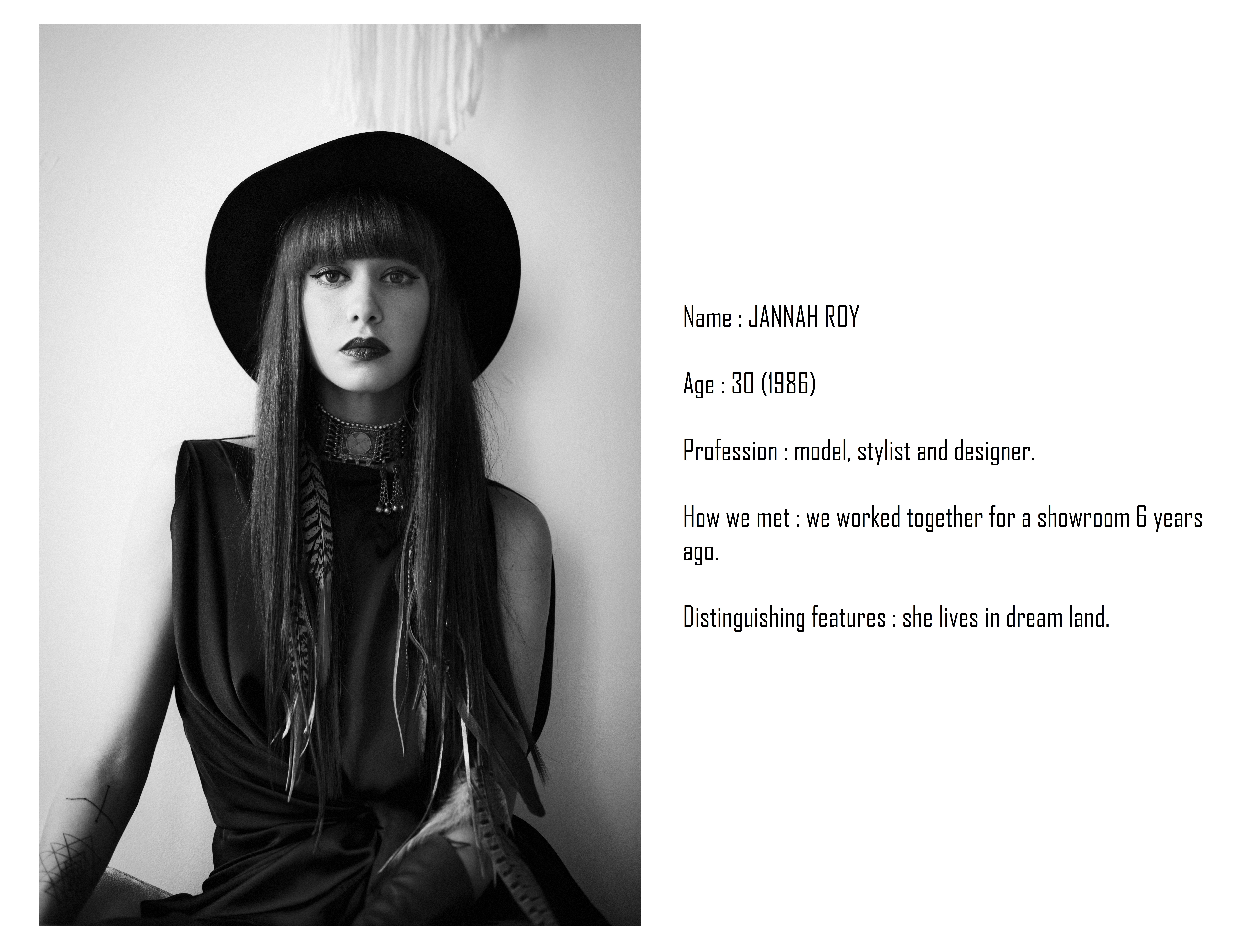 Who is Jannah Roy ?

Jannah Roy is a model from the Marseille region. She moved to Paris 10 years ago for her job. Since, she expresses her creativity making jewelries or dreamcatchers. Nowadays, she lives in between Paris and Bali.

When I met Jannah Roy, we worked together for a showroom. In fashion jargon, a showroom is a space provided to one or more brands where they can privately present their new collections to clients,. It takes place often parallel to the fashion week. Actually, we are more like glorified coat racks who spend long days waiting in a broom closet.

It was my first showroom, and Jannah impressed me for two reasons: First, this chick is damn hot! And Second, she impressed me with the energy she exerted, arriving very well dressed every morning, even though she had to take off her clothes as soon as she arrived. Bear in mind that a showroom usually lasts for about 10 days, during which we need to be available from 8:30 to 21:00. So this rhythm can quickly become very tiring. In my case, I always choose to dress according to my level of fatigue. So, by the tenth day I looked like a dust rag ready to be disintegrated. But Jannah was still as fresh and radiant as on the first day. Voilà, Jannah is radiant. She has her own style, and she certainly made an impression on me. 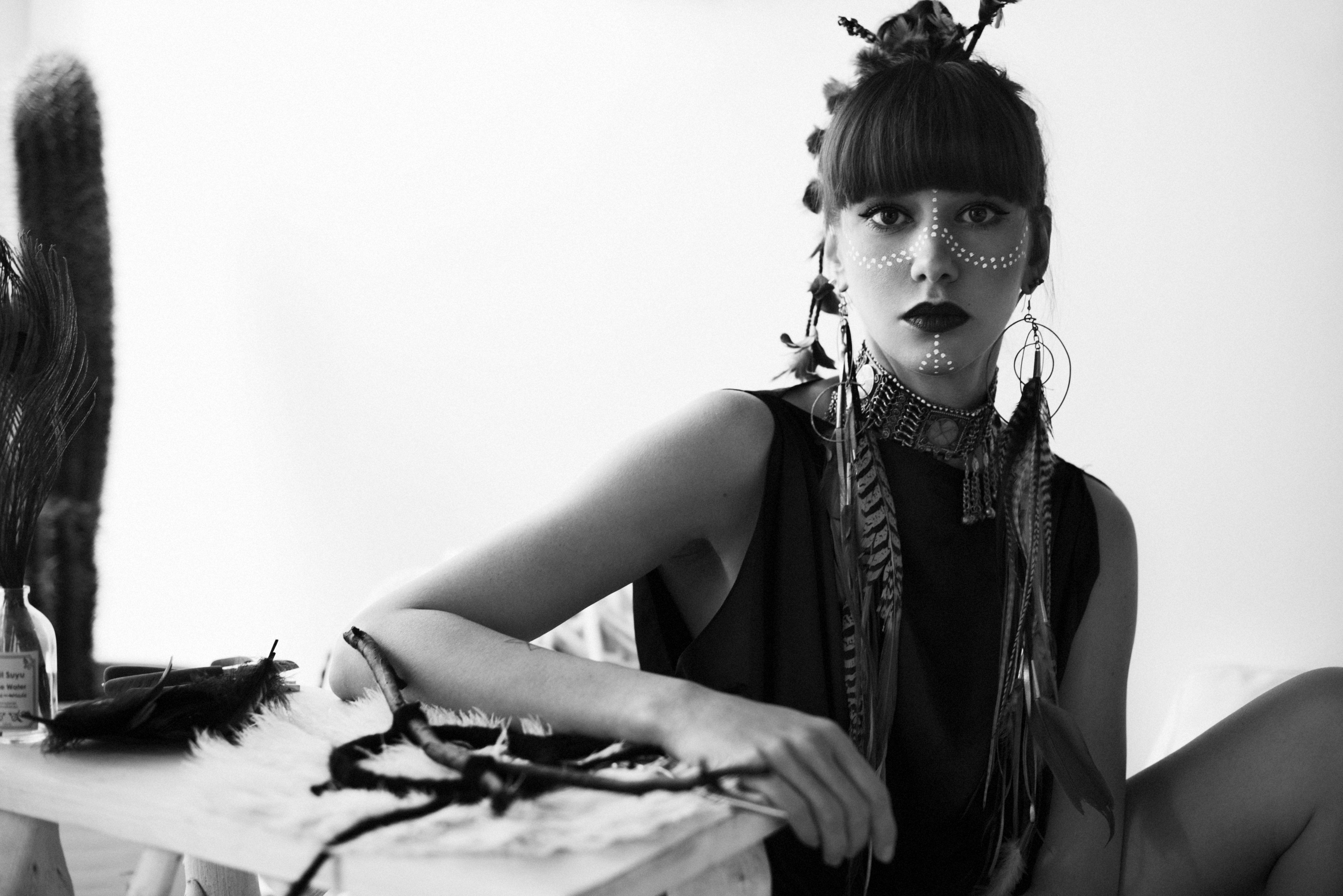 Jannah Roy grew up in a little village close to Marseille, initially intending to become a nurse like her mother. So she started studying in the area. But it didn’t correspond with her two passions : travelling and meeting people. She then started training to become a flight attendant, but soon realized that this was also not her destiny. At the same time, she had started to do some modelling. And she felt that she needed an adventure. So, one evening, seemingly out of nowhere and despite the disbelief of her boyfriend, she booked a train ticket to Paris for the next day. Finally, she settled there. After struggling for a few months, she signed with the modelling agency Metropolitan, for whom she still works today.

Modelling for her started off as an opportunity. Jannah didn’t plan to turn it into a career. It allowed her to gain more confidence in herself and take her first steps in an artistic field. Thanks to her new job she was finally able to fulfil her two passions: meeting people and travelling around the world. Furthermore, this access to the world of arts also offered her the opportunity to explore her own creativity. Gradually, she began working as a stylist for magazines or bands. As a stylist, the most important thing for her is that the project interests and entertains her, and that she is able to create a story with clothes, otherwise she won’t do it. 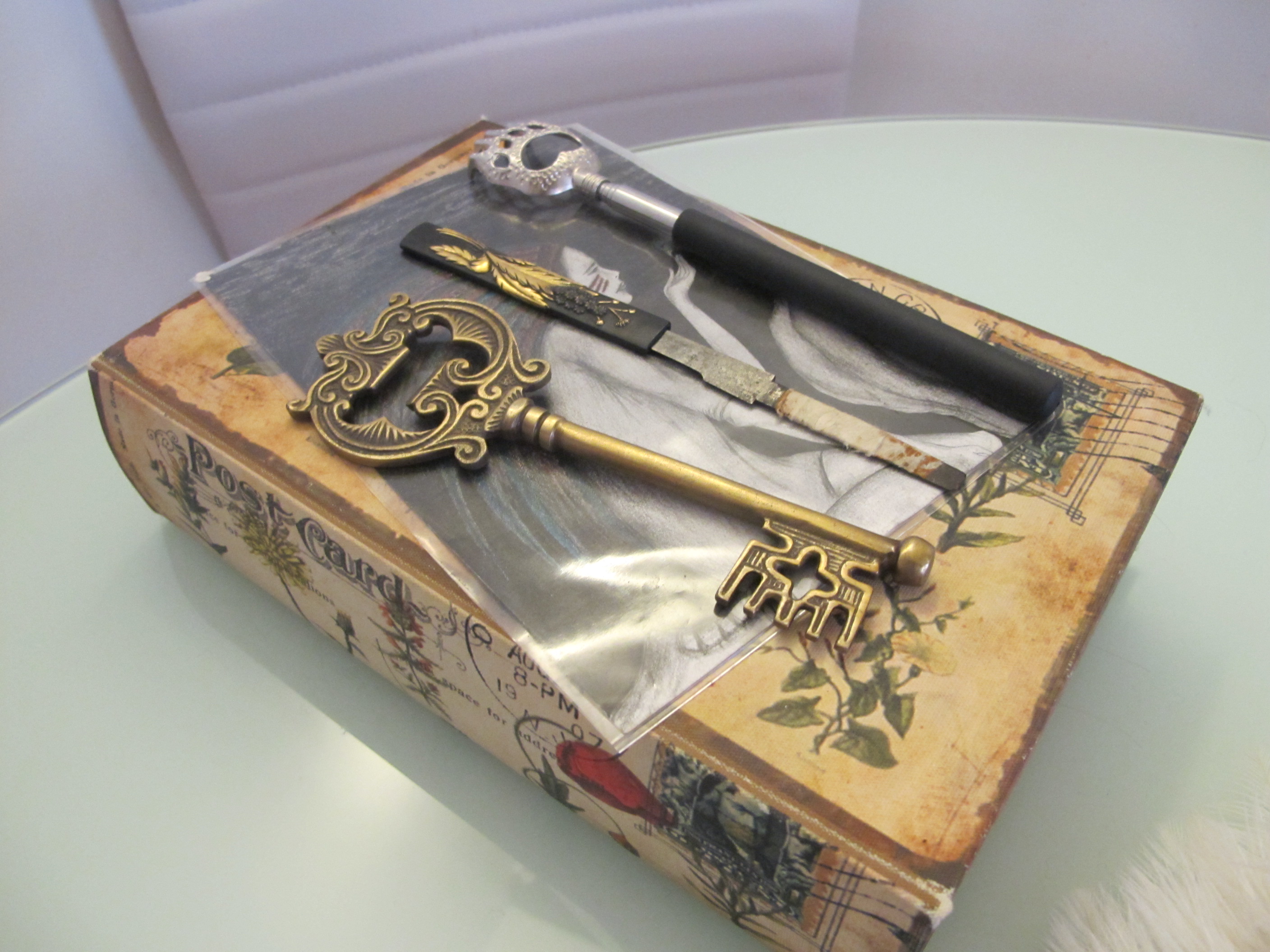 Because if the superficiality of the fashion world and the Parisian city life, Jannah Roy needs to stay connected with nature. At her teenage years she was a scout. It have taught her a lot about nature. Since then she is fascinated by native American culture. So, it comes as no surprise that when I asked her who is her favorite artist, the only name that came to mind was Edward Curtis, a photographer known for his work with Amerindians.  At least once a week, she burns sage in her apartment and listens to Shamans chanting while she meditates. It allows her to disconnect from her surroundings and concentrate on the simply things. It’s a ritual she needs to feel good within herself, not to get lost and be in harmony with herself.

One day, completely by chance, she ended up in a Parisian concept store on Rue Charlot, Springsioux. She loves the name, which reminds her of fascination for Amerindians, but also the store itself, as well as the couple that run the shop. She initially came there for a jacket, but ended up staying until the evening, getting to know the couple over a bottle of wine. Today, this place is like her second home. She spends a lot of her time if she is not in her boyfriend’s gallery (which happens to be in the same street). Together they even created a jewelry collection. Today she is the godmother of the couple’s first child. Springsioux is her family, and “Follow the Tribe” is their motto. 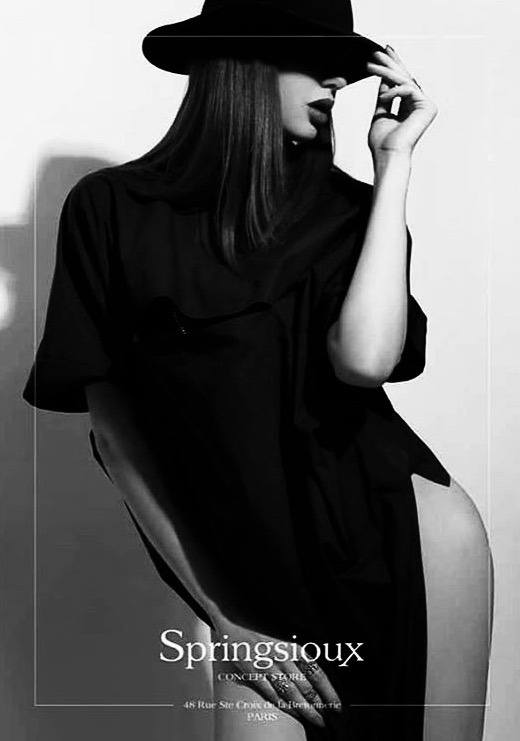 To mark the birth of her godson in 2015, she created her first dream catcher. Jannah Roy wanted to offer him something personal, original, and that he will keep all his life. To make it, she materials what she had on hand: wool, feathers, cotton, flowers. The baby was fascinated, the family loved it. So, they asked her to create another one to give to their grandfather for Christmas. Before giving them away, she always takes a picture first to keep track of her own progress and posts them on Facebook. In turn, her friends also adore them.

In just 3 months, Jannah received 30 requests. It takes her a lot of time to create them, not only because of their size, but also because she insists on meeting with the person first to find inspiration. Jannah sees it as a bit of a challenge. All her creations are a part of herself, assembled according to the wishes of someone else. For example, she only likes black, but not everyone is like her, so she tries to add different colors as well. She is always worried that the recipient won’t like her creation, because this would mean that she didn’t understand what the person wanted. She is very proud of her dream catchers. They are the fruits of her work and talent. She would like to keep them all, and it always breaks her heart to give them away. Personally, I think her dream catchers are crude and aesthetic at the same time, and like her godson, I can look at them for hours.

Voilà, Jannah Roy is a duality between a sophisticated girl on one side, and a girl in touch with nature on the other. She is a mix between esthetic and crude. This duality can be found in the way she dresses, how she decorates her apartment, and in everything she creates. Her universe is a reflexion of her dream catchers. Her biggest fear is to live a life as society dictates, like a sheep that mindlessly does what he is told. She loves her freedom too much. She is an impulsive person who doesn’t hesitate to suddenly move to the other side of the world. She doesn’t want to know how tomorrow will be. Jannah Roy only wants to live her dreams to the fullest.

To discover more about Jannah Roy : 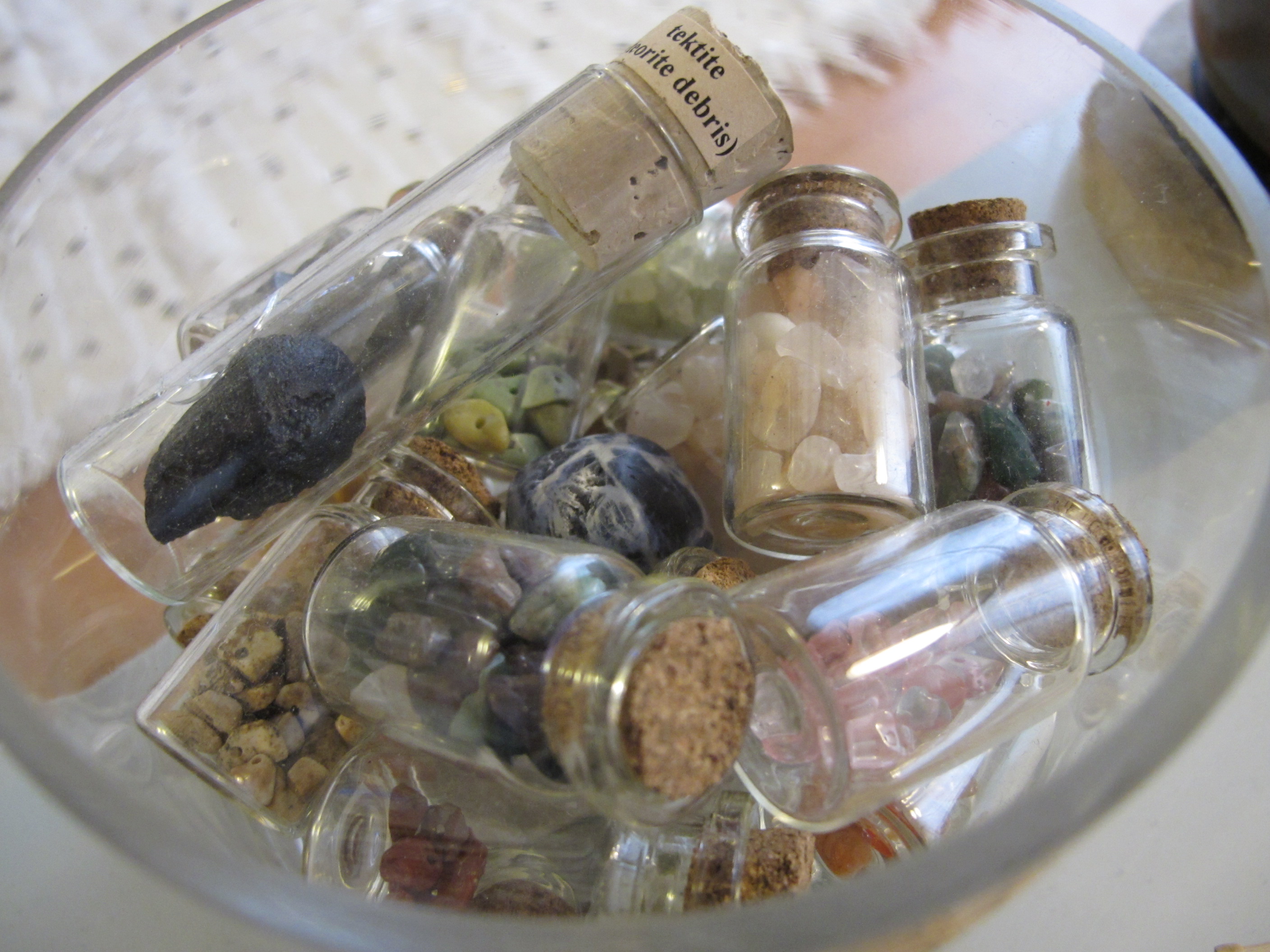 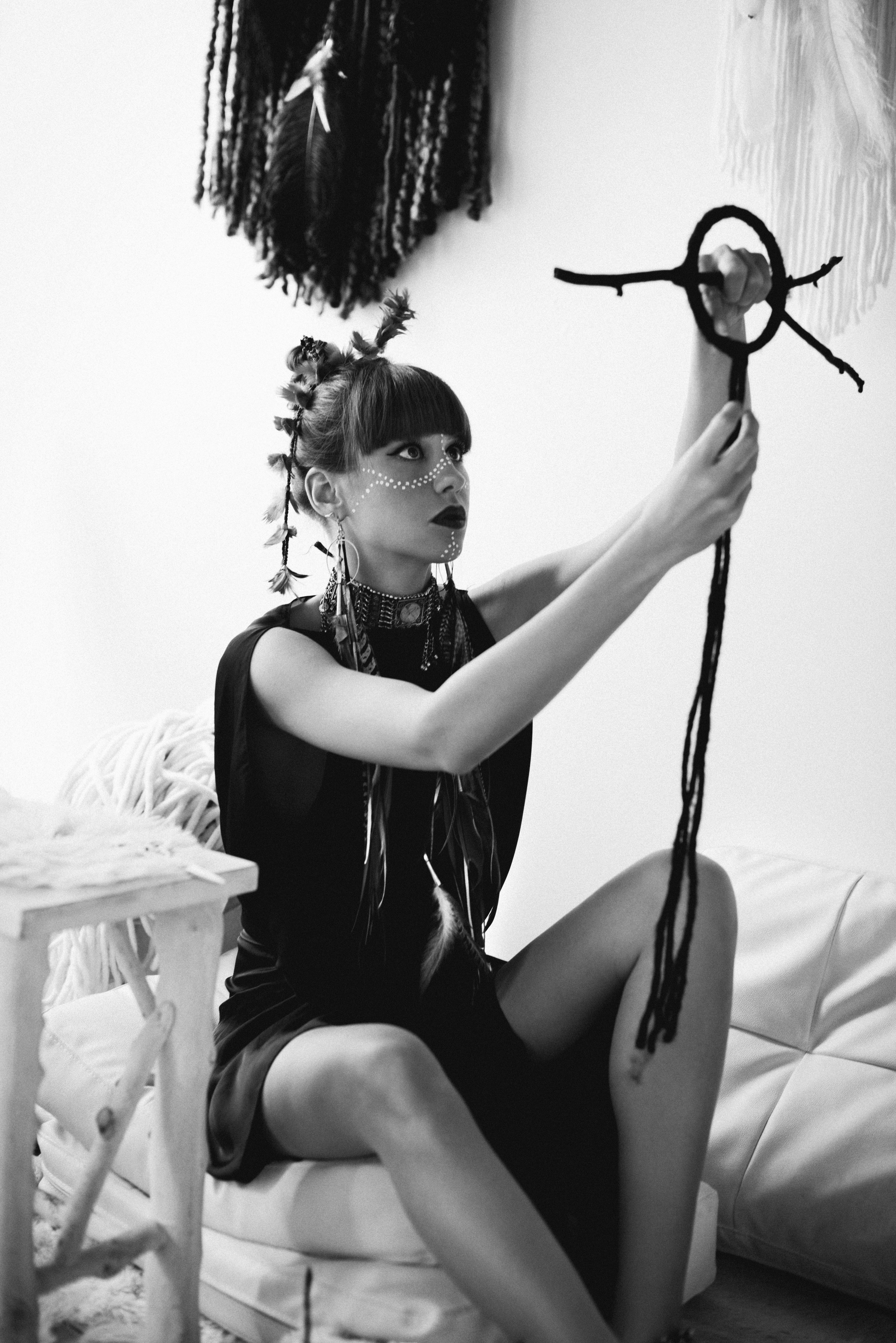 No comments yet
artiste portrait

There has been a problem with your Instagram Feed.