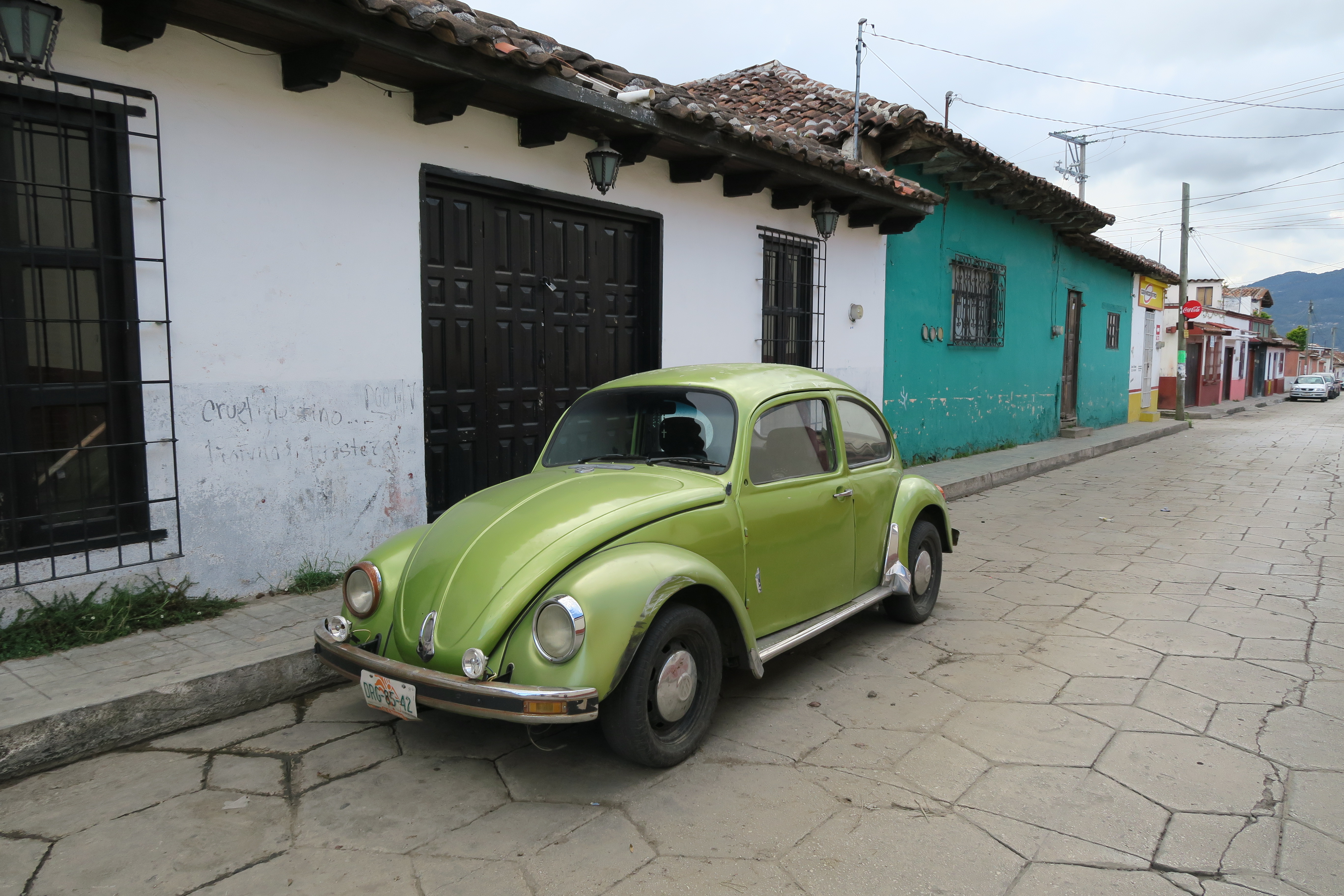 Las Chiapas is a state in southern Mexico, bordering Guatemala. This is not the most visited state, but it is part of the classic route for tourists who do not just want to be at the beach (Mexico City, Oaxaca, Las Chiapas, Yucatan). It is a must-see for those who want to cross the Guatemalan border by land.

Las Chiapas has more relief than the rest of Mexico. The climate is tropical and humid. As a result, this region has one of the richest biodiversity in the world. There are many things to see in las Chiapas: Mayan pyramids (Palenque, Yaxchila, Bonampak), coffee plantations, canyons (Sumidero Canyon), natural pools, national parks (Montebello), beaches and traditional Mayan villages. 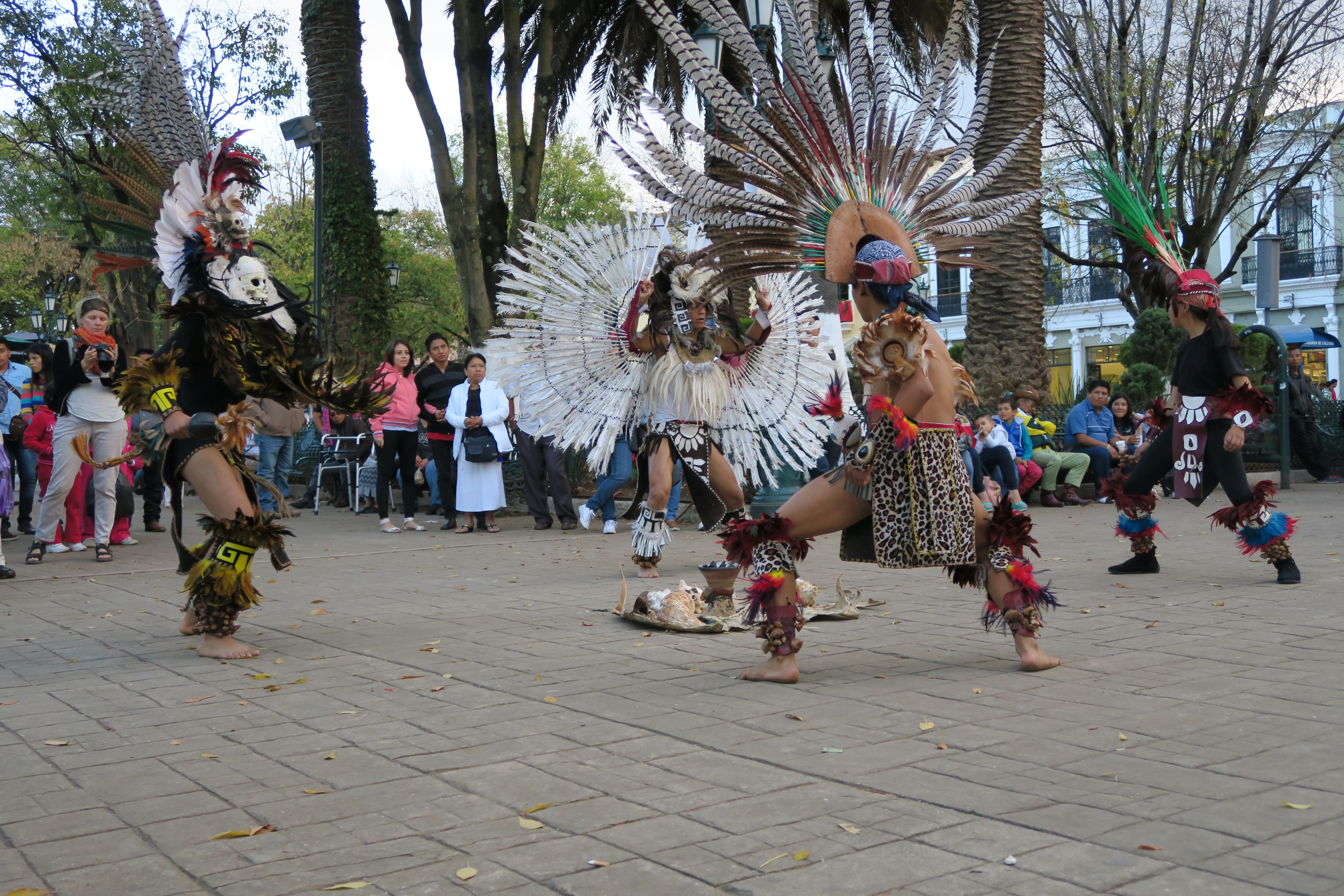 You will also notice the physiognomy of the Mexicans changing. They descend directly from the Mayan people, and they speak other dialects. It feels like a trip back in time, but a trip rich in color and poetry. I must admit, this place charmed me. I would have liked to rent a car and get lost in the small villages in the vicinity. I avoided doing some excursions because I do not like the idea of “tourists arriving by bus, everyone takes the same 3 same photos, and leaving.”

San Cristobal was the ancient capital of the state of Chiapas, and is still considered the cultural capital. This city is one of the first that was founded in Mexico during colonial times, and it owes its name to Christopher Columbus. It is quite astonishing that the name of this famous navigator is worshiped so much in Central America, even though his arrival initiated the extermination of their ancestors … I guess time makes us forget things. Still, San Cristobal is a lovely little town where you can stroll around. 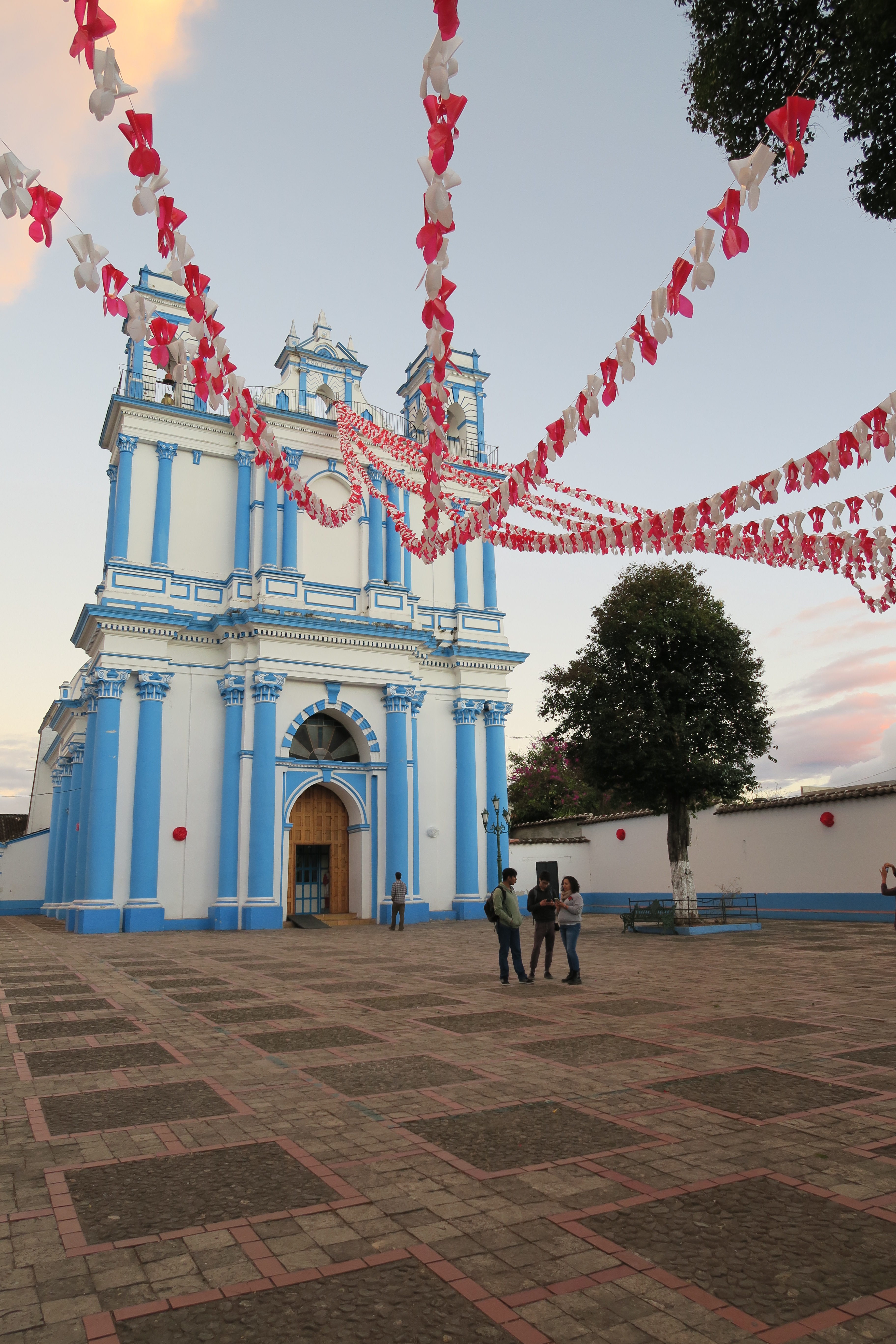 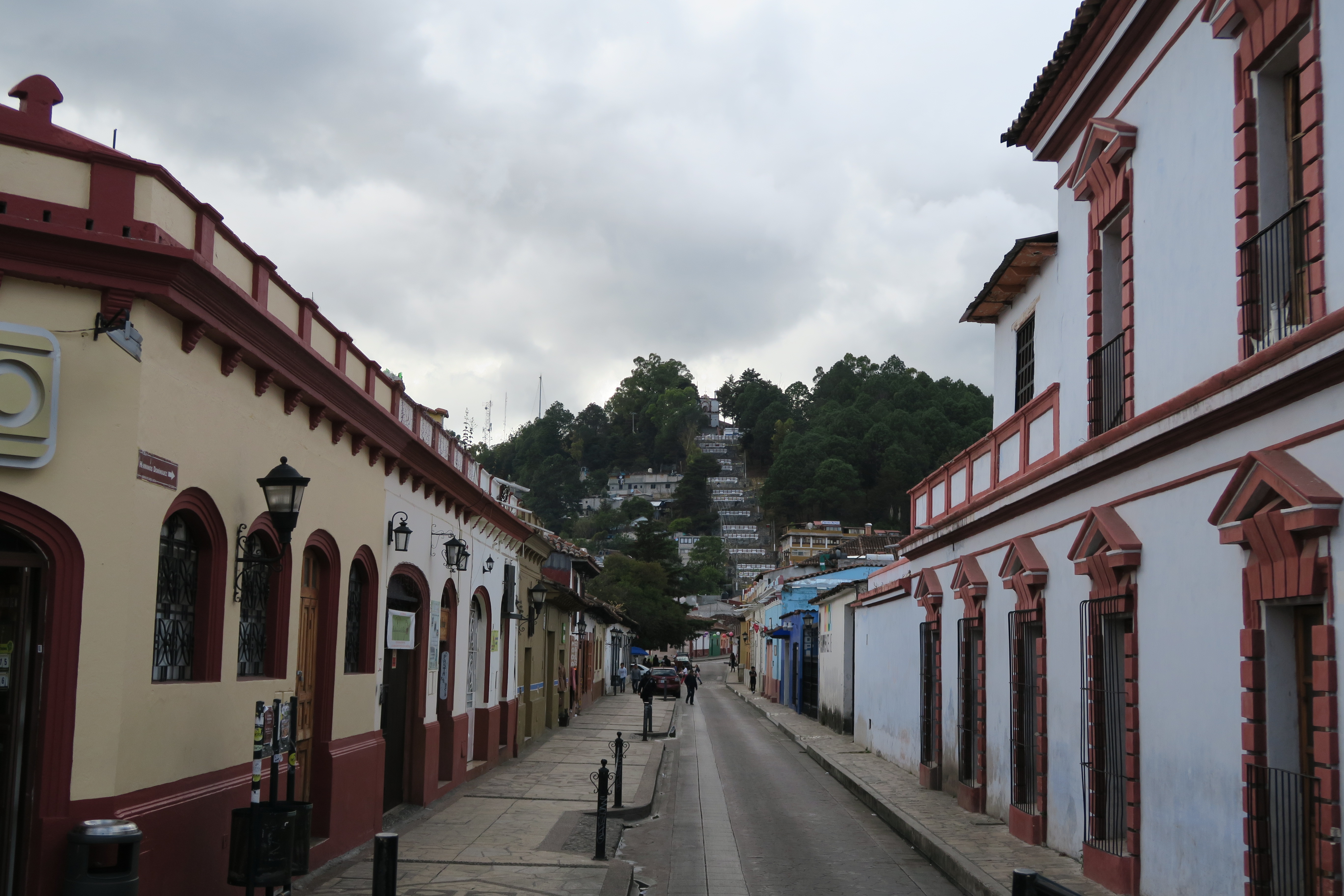 The city center is composed of multiple colorful pedestrian streets that are magical to discover. There are many Mexican tourists, and a few foreign ones. There are a lot of museums and churches to visit. In the evening, you can even find jazz bars or South American music. Life is cheap and pleasant. 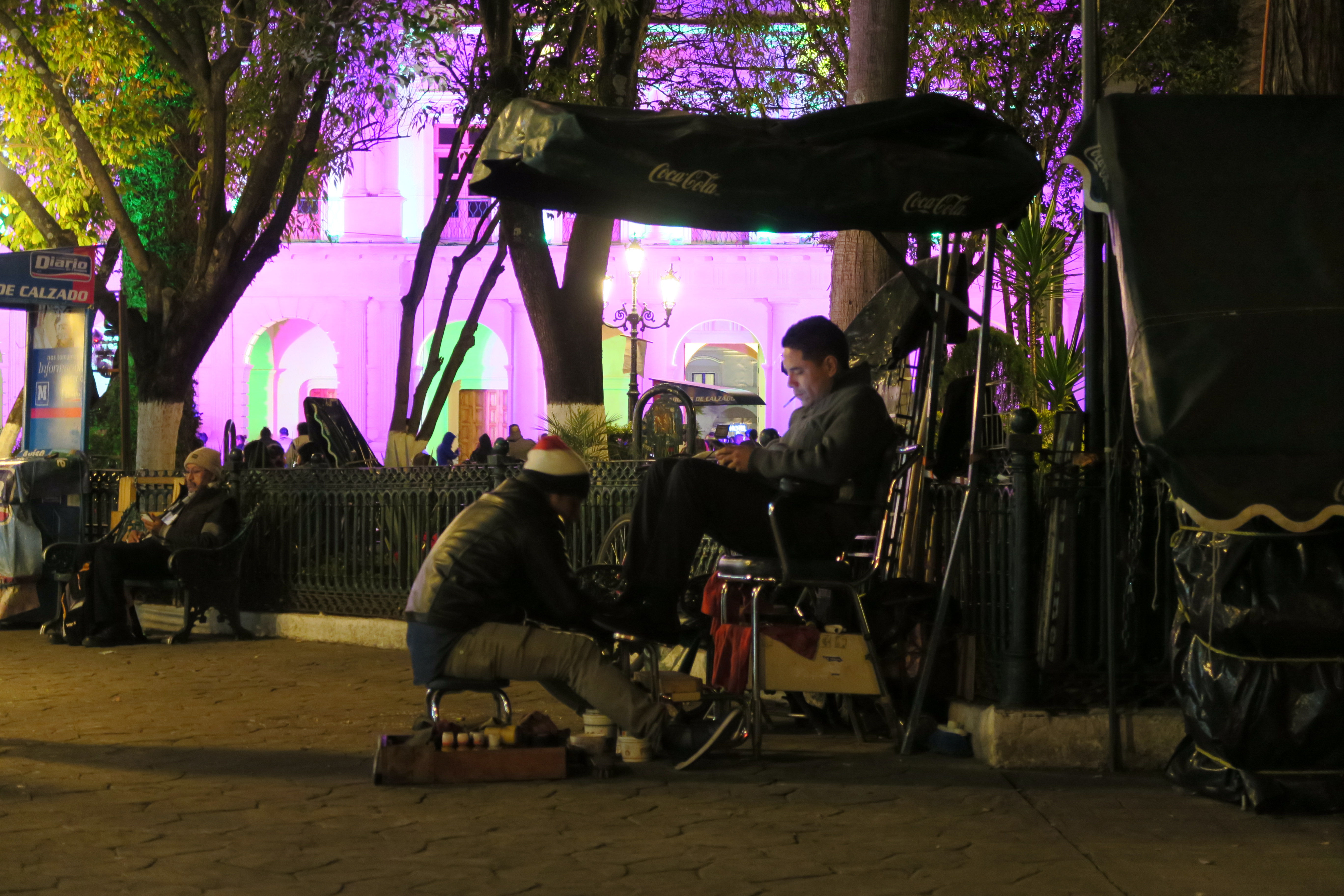 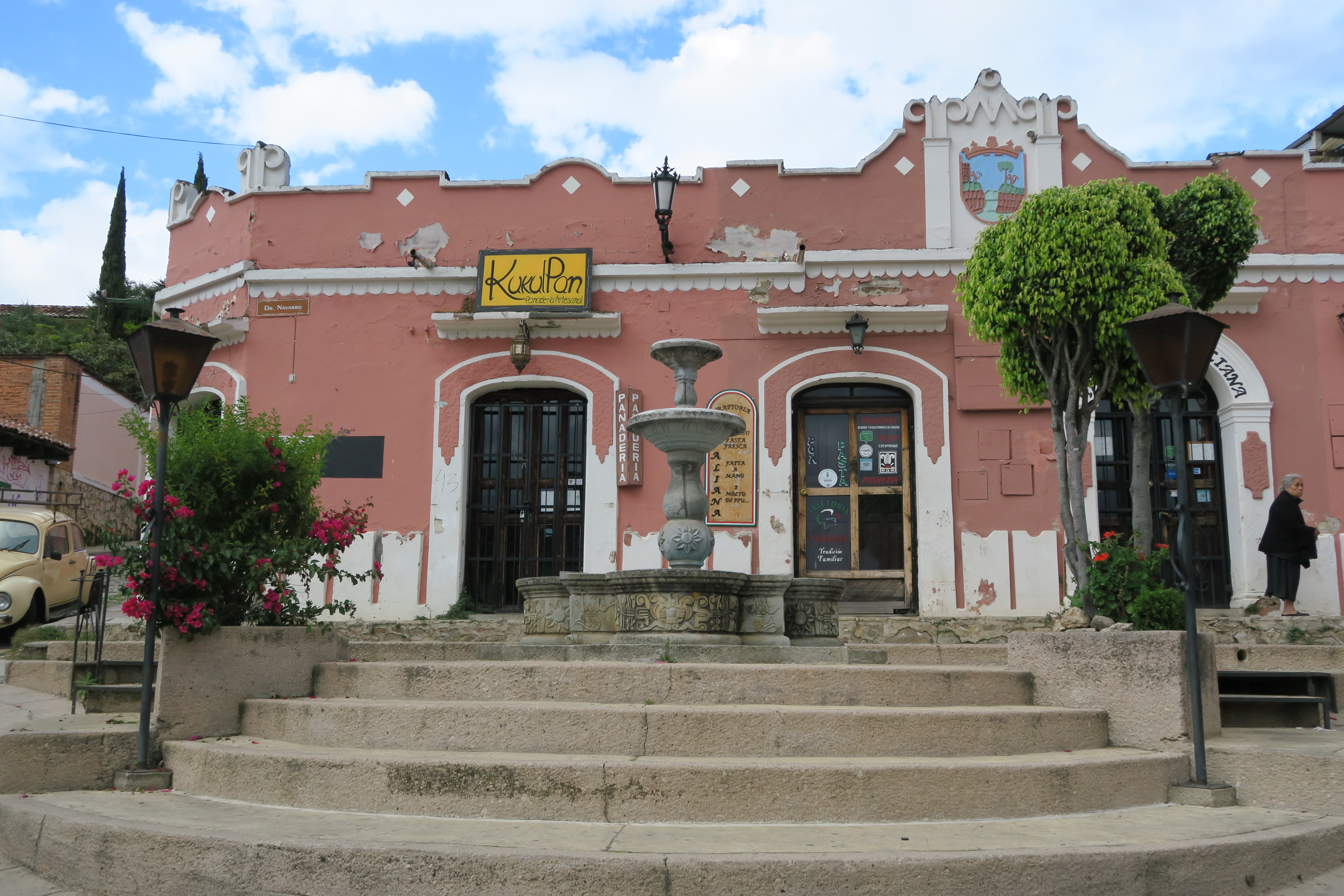 A moment full of assured sweetness! 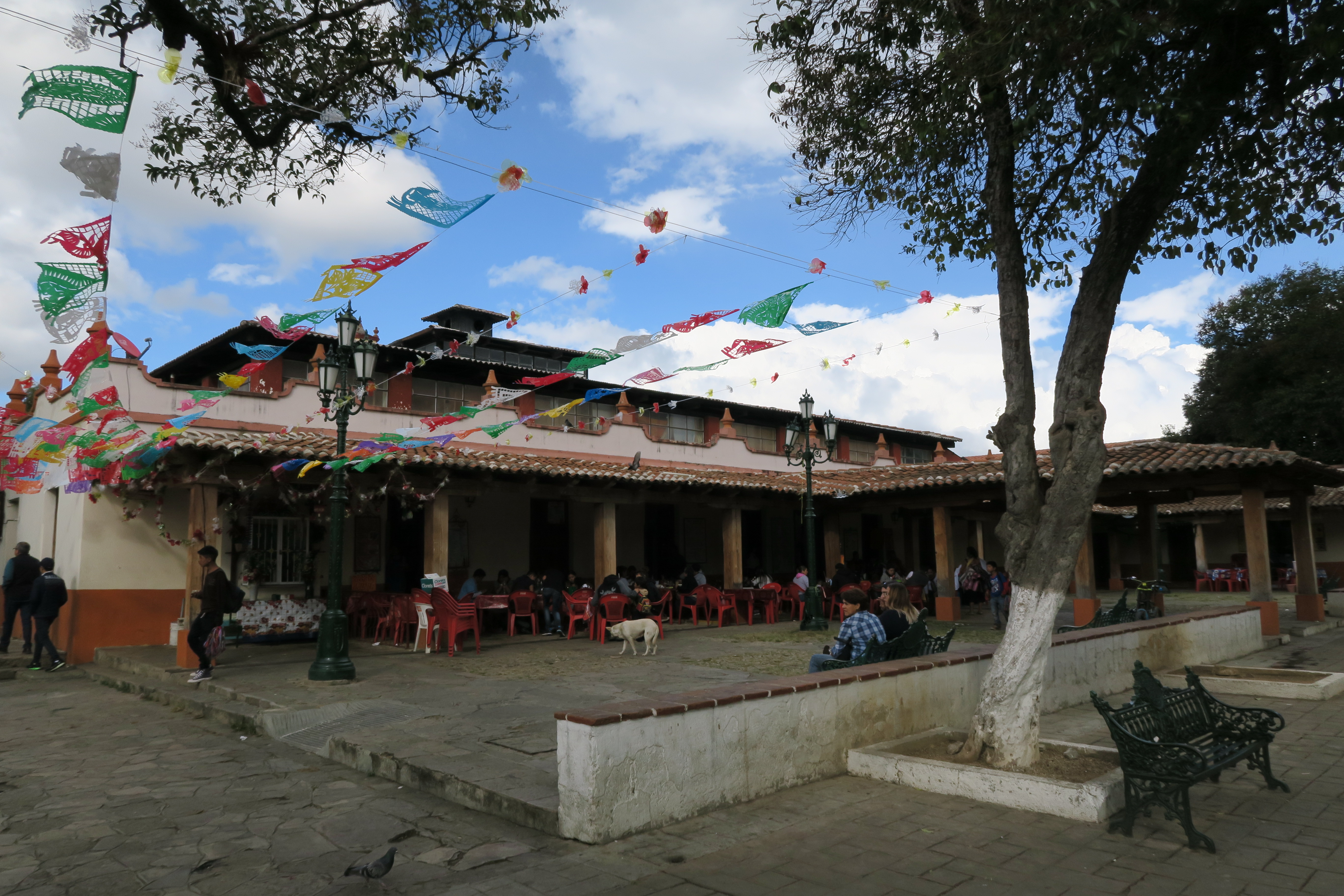 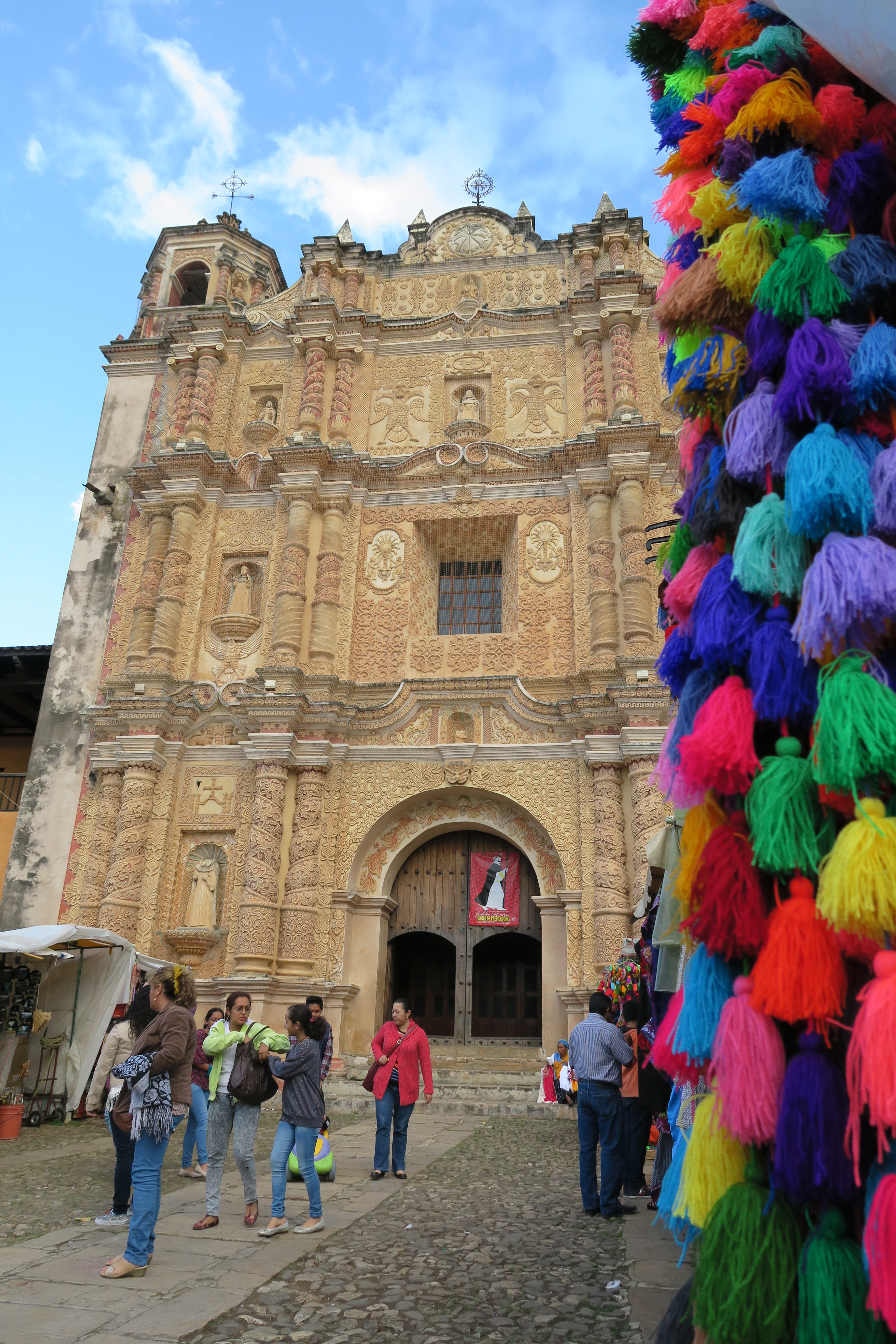 San Juan de Chamula is a small village inhabited by the Tzotzil Maya people, about ten kilometers from San Cristobal. The Tzotzils are an ancient Mayan tribe from the plateaus of Chiapas.

From San Cristobal, excursions are offered on horseback for 200 pesos (10 euros) per person, or by car. Do not go! 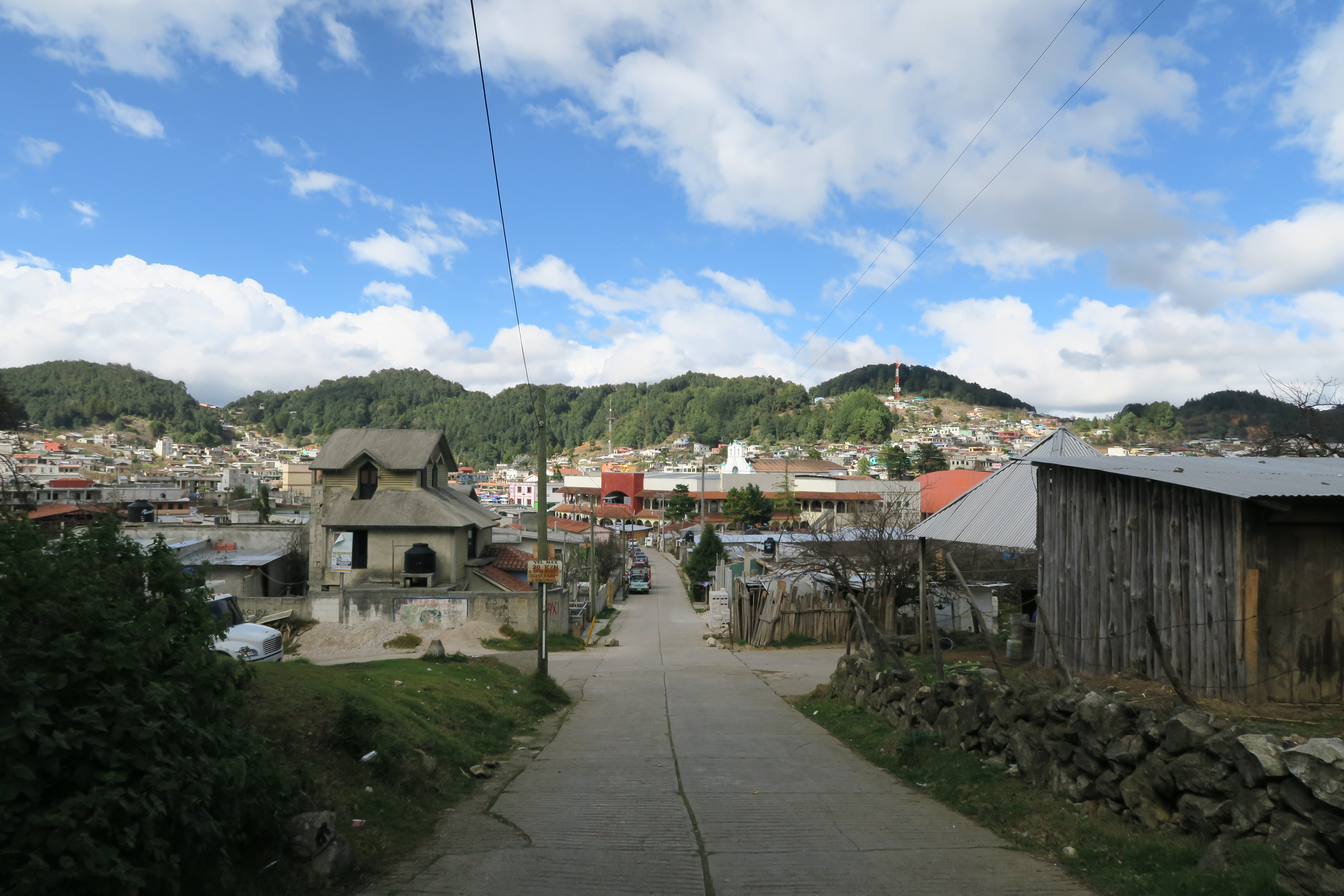 In itself, the village is not very beautiful, but especially, it is very sad. Buses leave groups of tourists there to see the rituals performed in the church, to take a little tour, to have fun watching the little Tzotzils in the central square and they leave an hour later. This is what I call zoo tourism, and I do not endorse it. No tourist takes the time to arrive in this village and to talk with the Tzotzil people, to understand their culture. No, tourists walk around as they would in a zoo, and then leave, glad to have seen Tzotzil people in their “natural habitat”. Had I known this beforehand, I would not have gone.

I tried to get away from the church and get lost in the little streets to find out more, but it was complicated. In two separate places, there were concerts, so I wanted to check this out more closely. No one was smiling or dancing. The people were stoic and cold, as if tired of everything. So I did not insist and I left. This village made me feel sorry. I understand that the Tzotzil people survive through tourism, but at the same time they are afraid of it. And if you do end up going, please do not take a picture! I insist on it. The Tzotzil people believe that their souls are stolen when they are photographed. It is therefore forbidden to take pictures of them. But most tourists forget and take out their iPhones anyway …

Again, thank you for respecting their beliefs, and leave them alone!

– In the markets of Chiapas, there are fine crafts that are not found anywhere else, including scarves and fabrics. 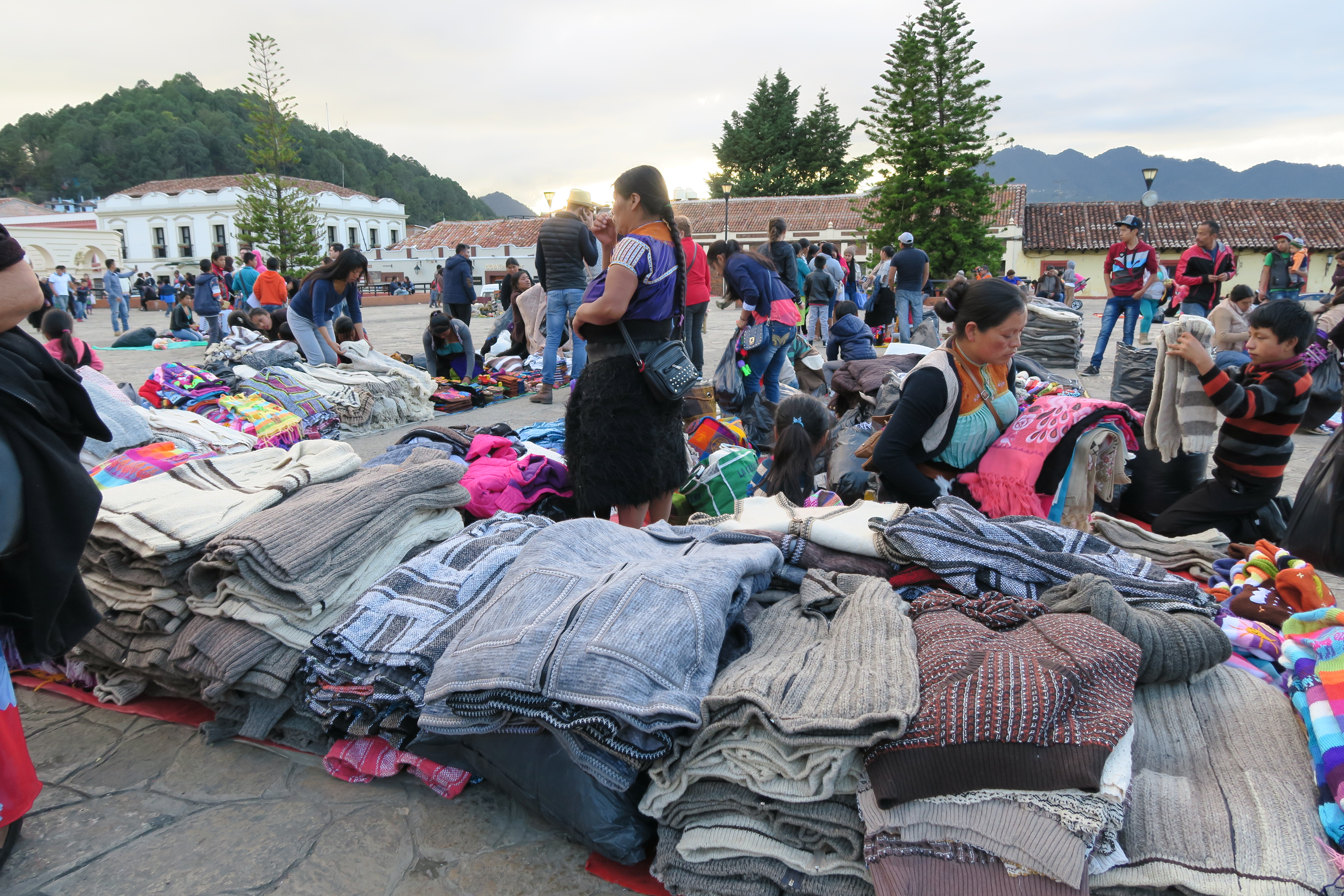 – There is a local Starbuck called “Cacao Nativa”. It promotes local products. Try a hot chocolate. 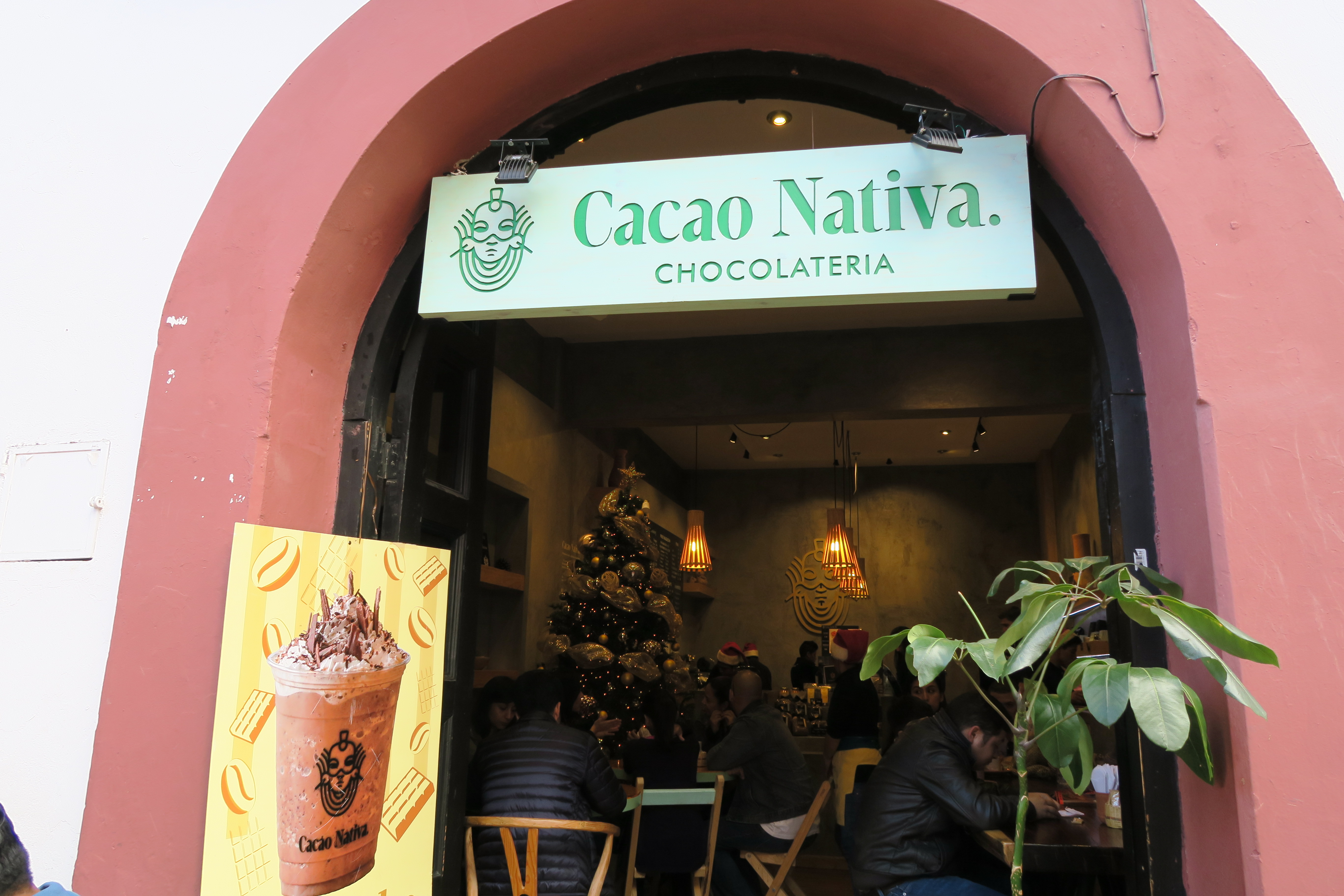 – If you want to reach Guatemala, you can so by crossing either via Tapachula on the Pacific coast, or by La Mesilla (closer to San Cristobal). You can rent a car or take local buses. In this case, the bus will drop you off at the Mexican border. Between the 2 borders there are about 2 km to do with a taxi or by foot. Then you will have to find another bus to take you to your desired destination.

– Alternatively, you can buy an all-inclusive ticket at a pseudo tourist office in San Cristobal. Departures are early in the morning, and the journey takes all day. You will be surrounded by other backpackers, but it remains a simple and easy solution. The bus waits for you at the border, it takes you to the border of Guatemala, and there, another pick-up awaits you. So you do not have to worry about anything. You will be led to believe that the journey will not be long, but in Guatemala, there are only mountain road, so prepare yourself for a long journey! Beware, the pick-up seats are very uncomfortable.

– To return to Guatemala, officially there is no tax, but according to the customs officer, it costs 1US $ or 25 pesos. Given that everyone pays them, I recommend you do the same.

Tuxtla Gutierrez: Tuxtla is the capital of Chiapas. It is a more industrial and less charming city. Most tourists do not stop here. If you stop there, you can find a nice hotel for only 30 or 40 euros.

Chiapa de Corzo: Chiapa de Corzo is a small village between Tuxtla and the Sumidero Canyon. Almost no tourists spend the night there, but if you plan to take a stroll around the canyon, then I think this village is worth spending a night in.

Tapachula: The main border town between Mexico and Guatemala, this is where most of the migrants from Central America go to try to reach the United States.

The Pacific coast: Difficult to reach because you have to cross the plateaus of Chiapas, which takes at least 8 hours by car. It seems that it is beautiful, with the mangrove that arrives on the ocean. And there are hardly any tourist.

To discover this beautiful country, follow this page : https://www.instagram.com/mexico_maravilloso/