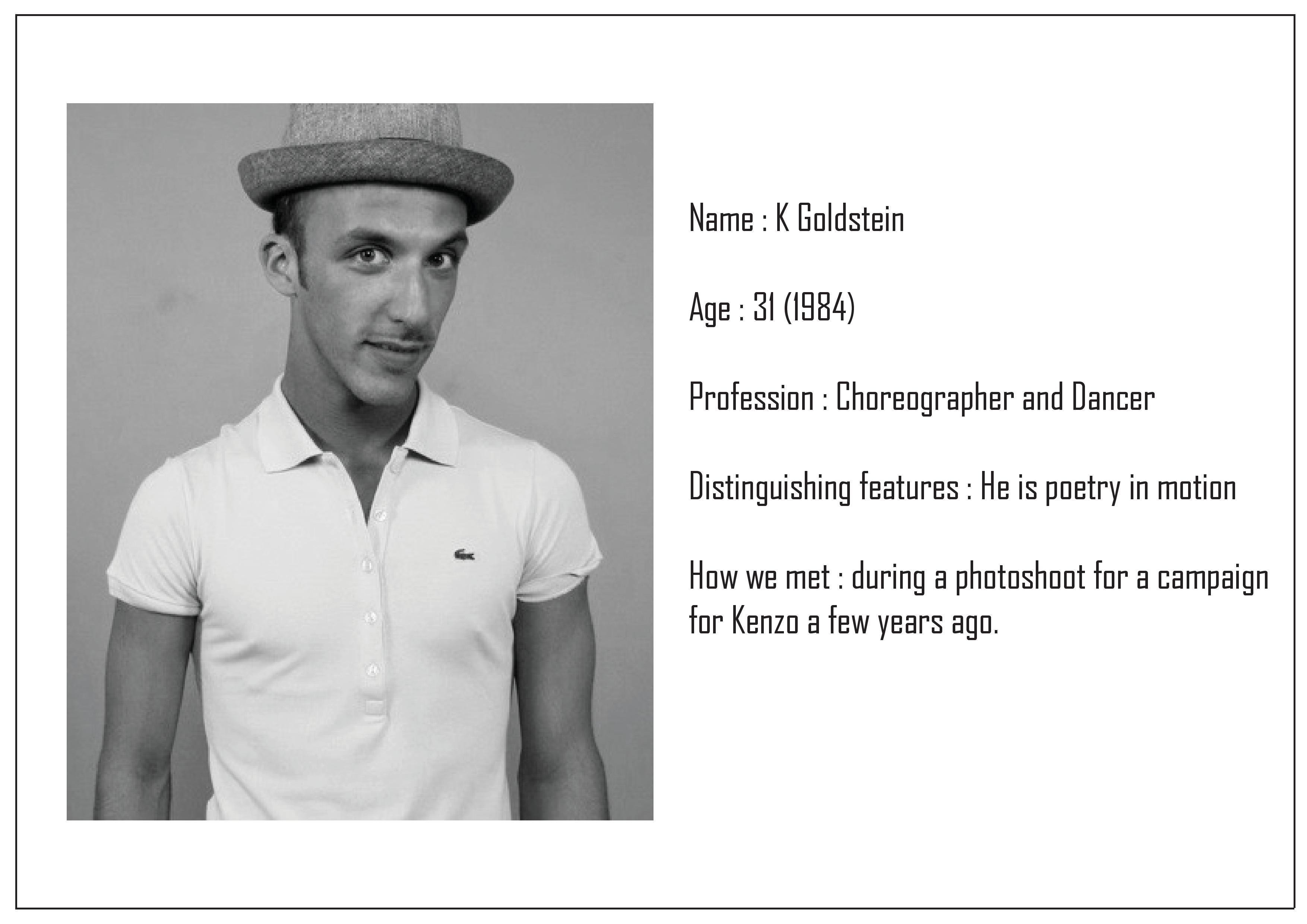 Who is K Goldstein ?     I met K Goldstein during a Kenzo campaign a few years ago. It was the kind of campaign with too much budget and a lot of time waiting around. It gave us time to get acquainted. We quickly realized that we had a lot in common; we both have an Ashkenazi […]

Read More
No comments yet