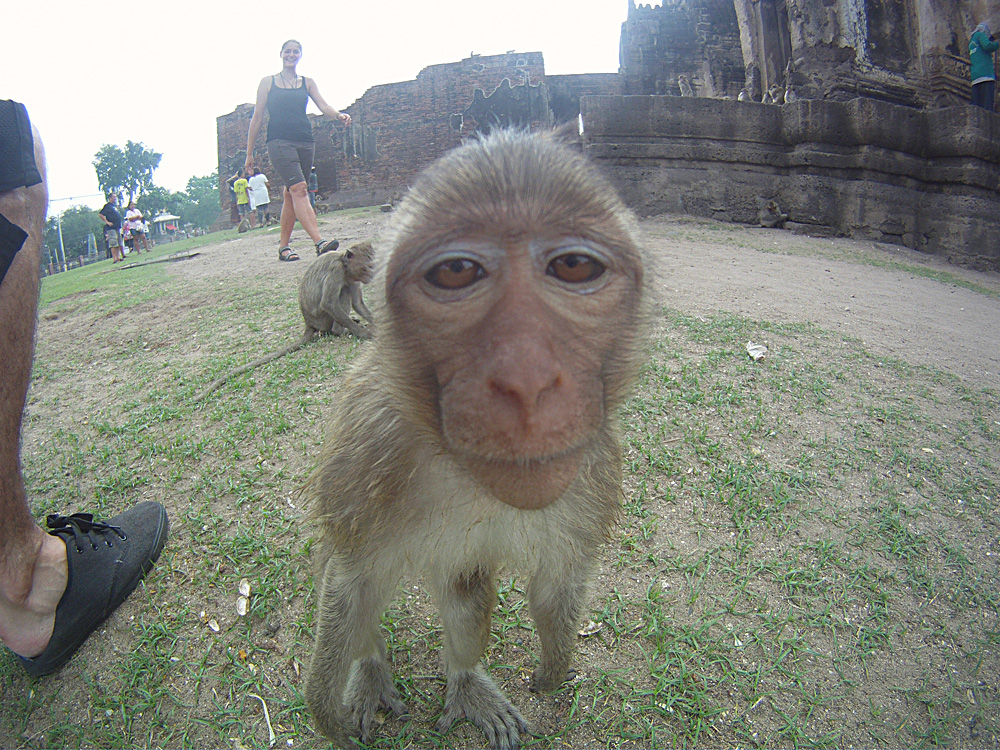 Only 140km north from Bangkok, 3 hours by train and 28 bahts, is an essential step to the north of Thailand. Many tourists simply spend the day there, while it desserves to be visited for few days.

It must be said that the old town is small, and the main temples are 5-minute walk from the train station.

A little history, Lopburi the beautiful

Lopburi was under Khmer rule until the 17th century, which is why its architecture differs from that of Ayutthaya. It’s a kind of mix both siam and khme cultures.

Then in the 17th century, the king of Ayutthaya, Narai the Great, decided to make Lopburi the second city of his kingdom. Actually, the climate there is a little sweeter than in Ayuttaya, and because the city is located on a tributary of the river Chayo Praya.

For the little anecdote, Louis XIV sent a delegation in 1685 to this part of the world in order to expand his kingdom, and to establish trade with the Orient. The delegation arrived by boat at Lopburi, and despite the beauty of Versailles, they were captivated by the beauty of Lopburi.

Today there is little left of this beauty. Nevertheless, the building in which the French ambassador resided is still standing. 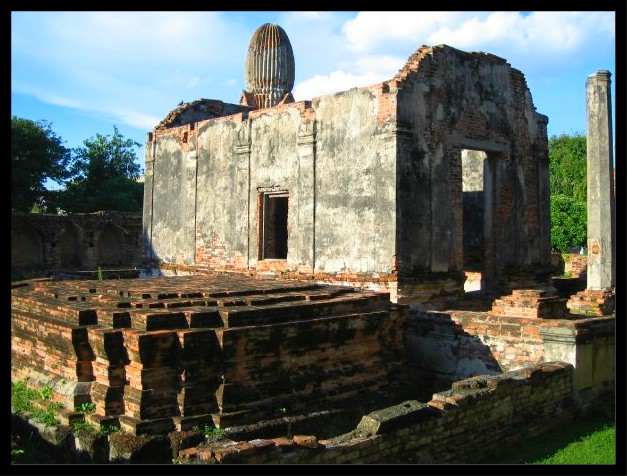 The monkeys of Lopburi

The monkeys of Lopburi are the big attraction of the city. In fact, tourists do not really stop there to visit the temples, but rather to see the monkeys. Actually, the monkeys live freely in the city and it’s quite funny to see it.

A few minutes walking from the train station, there is a famous temple, Phra Prang Sam Yod, which is the playground of thousands of macaques. As one approaches the temple, one begins to see them in the street, running everywhere.

Watch out for your glasses, your cap, your hairbands, your camera, or the drink you have in your hands. In a few minutes, it will be gone. And macaques run faster than you. These critters are much smarter than we are. 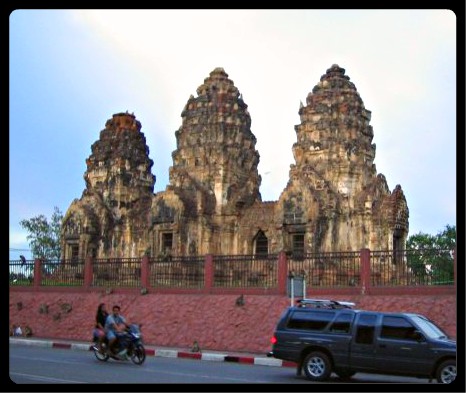 In lopburi, monkeys are kings and they make the rules

I observed a very interesting scene.

At the entrance to the temple, there are Thais who sell peanut bags to give to the monkeys. Of course, most tourists are too happy to be able to approach these animals and buy a pack of peanuts. So in their left hand, they hold the pack of peanuts and with their right hand they take out a few peanuts and naively approach a monkey. In general, it takes only 5 minutes for a another monkey to arrive at full speed and grab the entire pack of peanuts in the tourist’s left hand. The face of the tourist that understand is stupidity is priceless! The same scene repeats itself every 15 minutes when a new group of tourists arrives.

Also, if you decide to spend the night and stay in the city center, remember it is not for nothing that the windows are double-glazed in the guesthouse. I myself had underestimated the danger. I was awakened by a monkey visiting me in my room. I looked at him, he looked at me. He looked at the table where I had all my stuff scattered. I freaked out. He looked at me. And he stole my Twix before running off at full speed. Phew!

The surroundings of Lopburi

In the guesthouses, they hand out maps of the area, because indeed, there are several nice things to go and see. So I grabbed a scooter and I visited the surrondings. 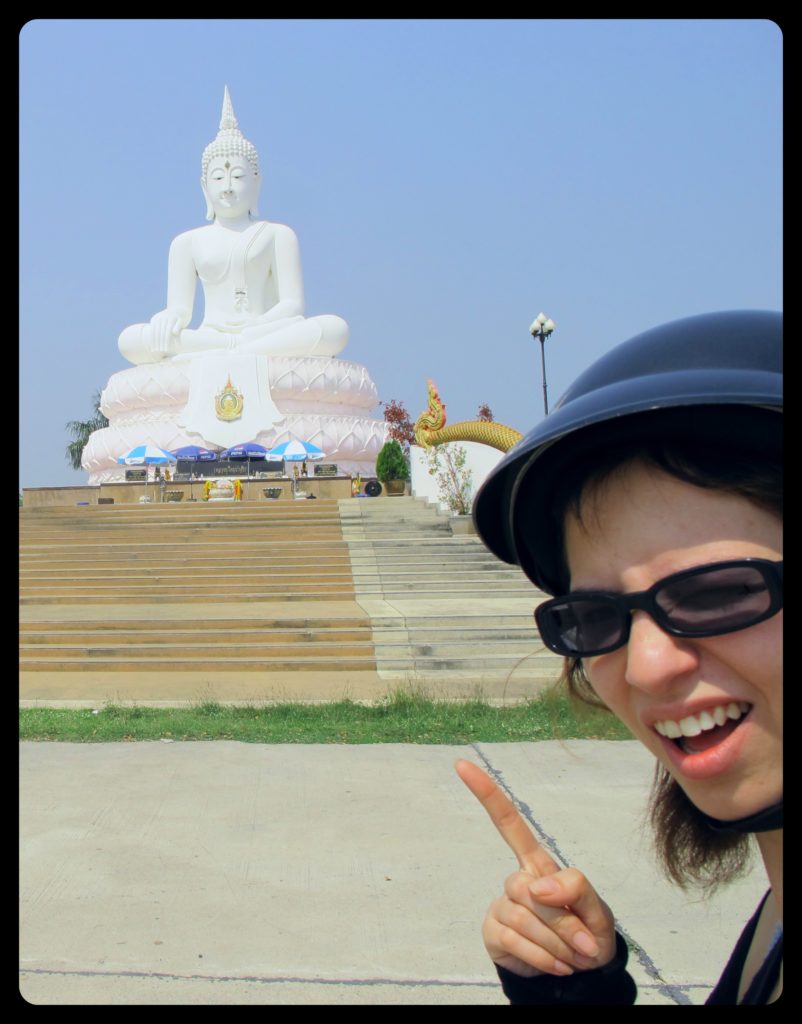 Less than 10 kilometers away, I discovered a lake at the edge of a hill where the Thais come to bathe and rest on weekends. Mega cool. I visited temples in the valley, including a temple inhabited by bats. Well, the place reeked of urine, so it wasn’t great. Then I continued to the Pasak Chonlasit reservoir. It is a reservoir that was built to regulate the waters of Bangkok. Pretty cool. I always managed to find a makeshift guesthouse, I ate in an all-you-can-eat buffet for 99baths, I did not come across a single white person, and I had a magical time. 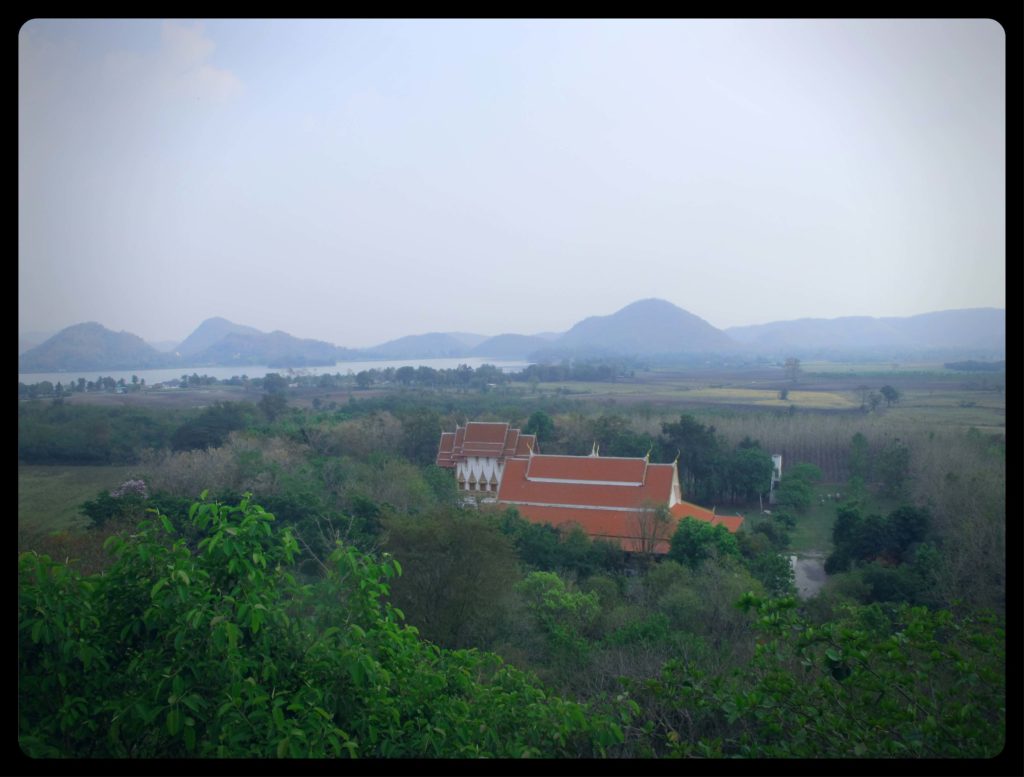 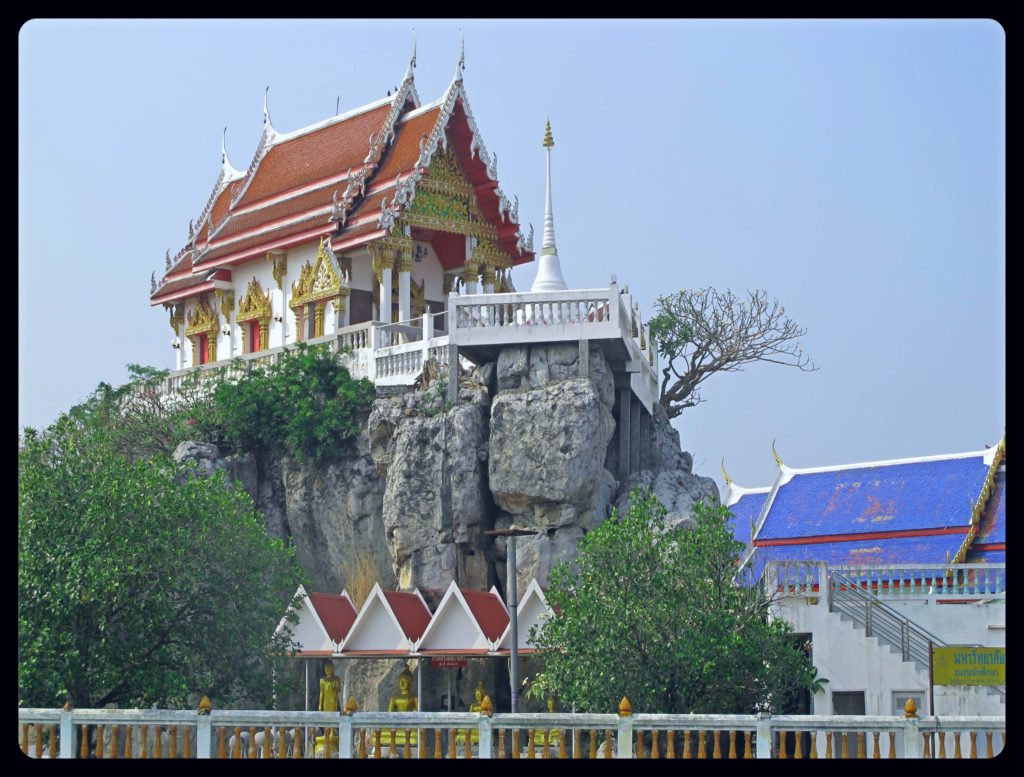 Actually, Lopburi and his surroundings offer a great typical moment of thai life, only 2 hours from the capitale. I highly recommand. 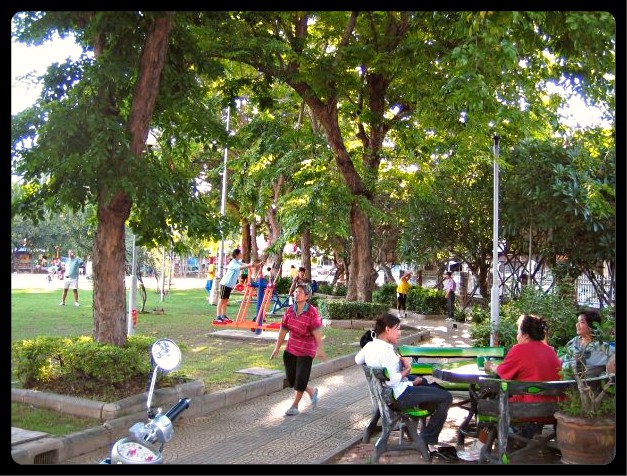 Few words on the Wat Phrabatnampu

Near Lopburi, there is also a famous temple, Wat Phrabatnampu. This place is famous because they where people provide care for AIDS patients. I did not go because I didn’t think I was emotionally strong enough to handle it. I hope that one day I will dare.

While most people would not necessarily associate Thailand with AIDS, due to the trivialization of prostitution, the rate of HIV-positive people is actually very high over there. Even more unfortunate is the fact that AIDS is considered the disease of shame. So patients are often rejected by their families. This temple accepts them, helps them, and cares for them. To visit this temple is to visit people who feel lonely and rejected. It’s giving some of your time to comfort others. So if you are more brave than me, go there.

Lopburi itself or around, it’s not difficult to find a guesthouse for less than 500 bahts a night. 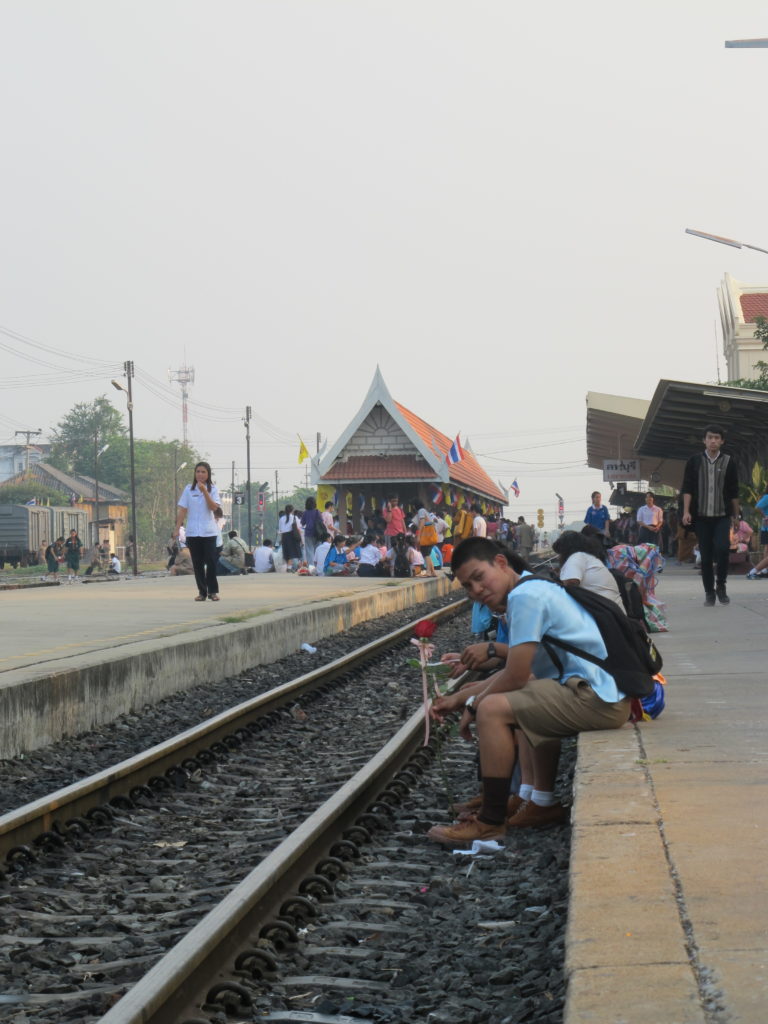 2 Replies to “Lopburi, kingdom of Monkeys”