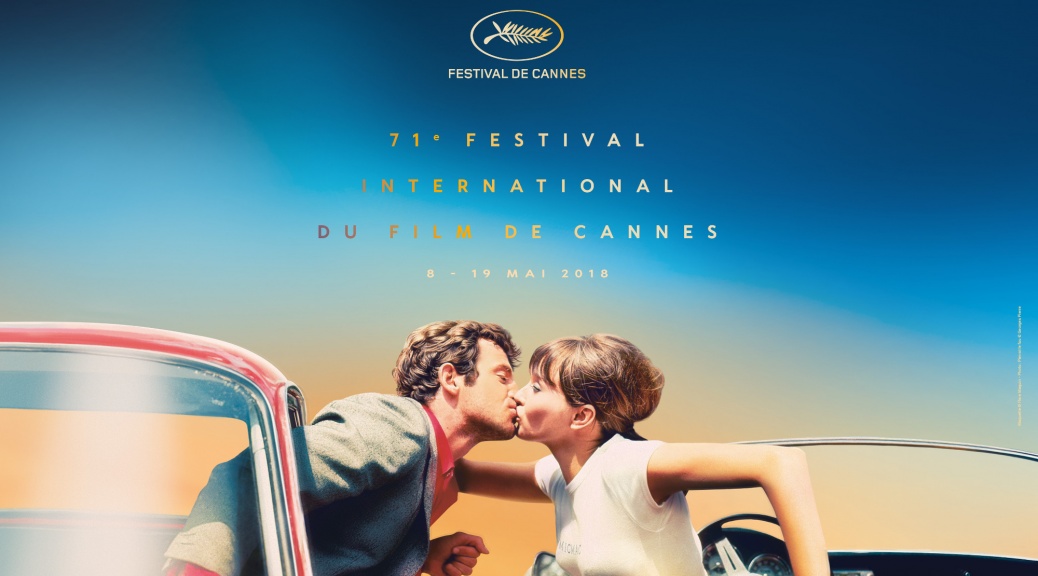 The 71st edition of the Cannes International Film Festival has just ended with beautiful words, signaling the beginning of a new era for Cannes. But what exactly changed? Will the Festival bring a new breath of fresh air to the cinema? Not so sure.

Thierry Frémaux and the reforms

Thierry Frémaux has been the general delegate of the Cannes Film Festival for 11 years now. At the press conference in April, he announced loud and clear that the festival would be revolutionized.

From now on, the festivities will start on Tuesday instead of on Wednesday. The press will discover the films after the preview. Selfies are forbidden on the red carpet. Security is enhanced, with a special unit for cases of sexual assault. The Short Film Corner has been replaced by a space dedicated exclusively to VR. New directors presented their films in the competition. Women have taken a new place, including a sumptuous Jury President, Cate Blanchett. 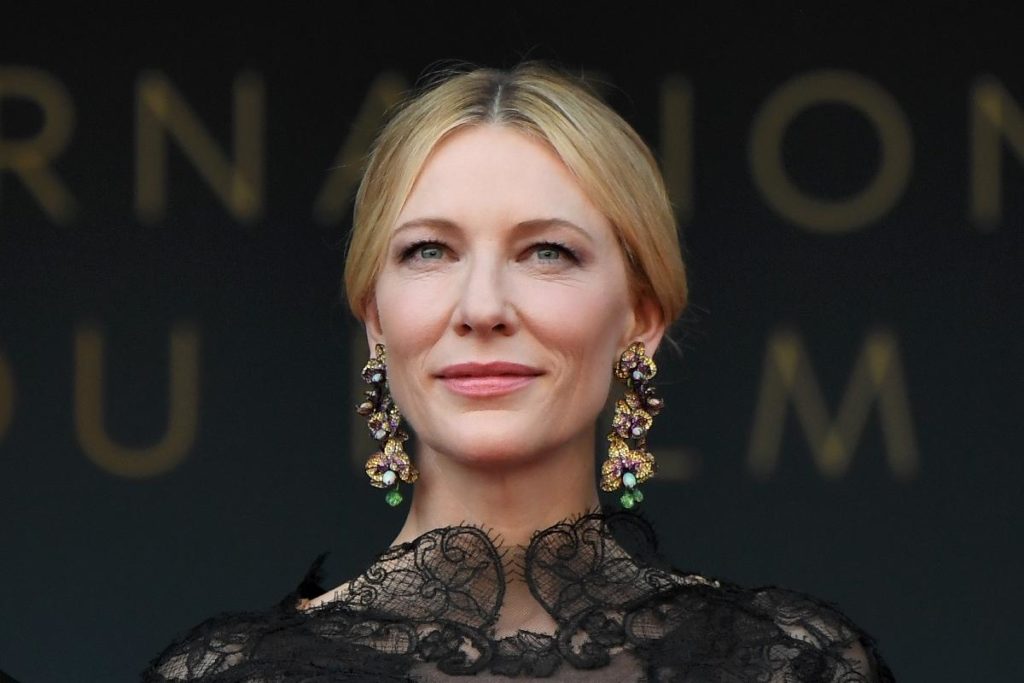 Finally, no revolution has taken place. Admittedly, we arrived a day earlier, but people also left sooner. During the 2nd week, the Festival was empty. Empty to the point that the Grand Théâtre Lumière was never full for the red-carpet screenings. As a result, every night, they searched for balcony ticket holders and relocated them to fill the orchestra to create the illusion of a full house for the cast members and crew.

Netflix, Amazon and others have decided not to attend the festival after being denied to take part in the Official Selection. Not exactly a wise move to scare off the future of cinema. It’s a bit anti-revolutionary.

With the ban on selfies, the red carpet looked like a nice red carpet, and not the metro at rush hour. It was cool, but for a souvenir photo of you on the carpet, you had to pay 25 euros in cash (business is business).

Because of the security checks that were installed every 20 meters, you spent most of your time waiting to be controlled, which was bordering on the ridiculous. Then the emergency number for assaults was not reachable between 2am and 9am …

Certainly, there were some new faces among the directors in the selection, but not enough to get too excited about either. It should be known that each year there are about 20 films in the selection, 17 of which are made by directors who are Cannes regulars. This year there must have been 16 (wow, crazy…). And among those films selected, 90% of them did not need to apply to compete, like Goddard, Panahi or Spike Lee, as usual.

On the female director side, there were three instead of just one. This can be seen as a slight progress. Still, we were very afraid that Cate would give the Palme d’Or to one of them simply for symbolic purposes, while none of them deserved it.

With all these changes, the organizers have forgotten to schedule the reruns of Un Certain Regard for the Market … We did not expect this, so in the end there were a lot of movies we wanted to see but were forced to miss.

The closing ceremony ended with the tune of a competition for kids. Of the 20 films in competition, 10 received a prize. They created new categories, some of the votes were tied, just to be sure that almost everyone would receive a reward and no one would be offended, all the while listening to the jokes of Edouard Baer.

“Women” this was all that Fremaux and Lescure could talk about. The magnificent president Cate is climbing the steps with 81 other women to say that women will take power and blah blah. 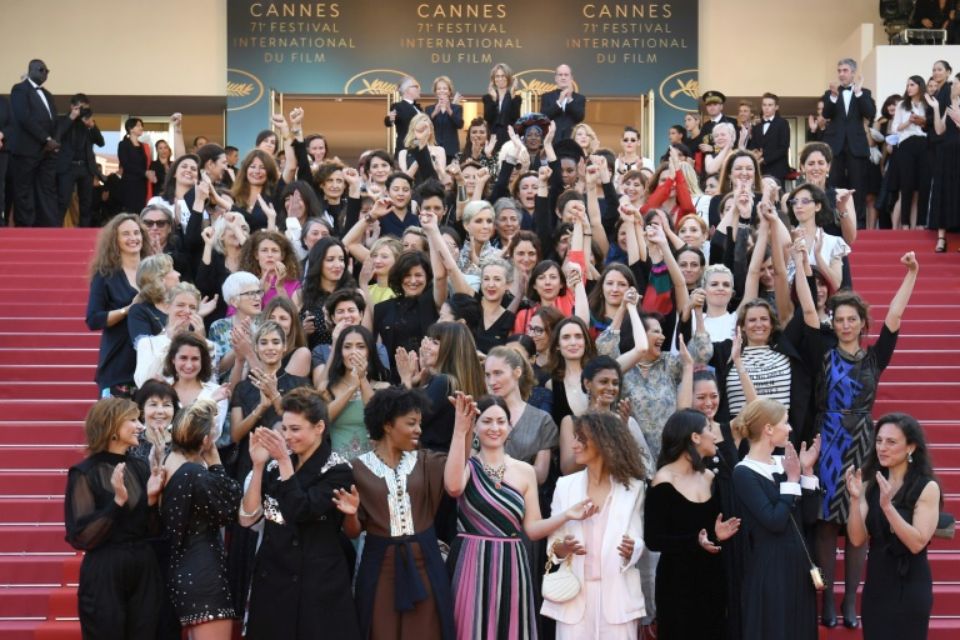 Because 82 is the number of female directors who have walked the red carpet to present a film since the creation of the Cannes Film Festival, compared to 1688 men! The difference is huge. This staging of women with the point raised on the steps symbolizes the hypocrisy of the Festival. There were only 82 women who presented a film in competition because the organizers chose only 82. The fault is therefore that of the organizers, who will still be the same next year. I would love to see a 72nd Festival with at least ten films made by women in competition, but it will remain a dream.

So why did they choose only 82 women in 71 years? Do women make bad movies? No, Cannes and its cinema remains a men’s world, controlled by men where women only serve to decorate the red carpet. Fuck, Maren Ade should have had the Palm in 2016, and she left empty-handed because she is a woman, while her movie, Toni Erdman, which was close to genius, had the unanimous support of the press and the public. All this to give an umpteenth prize to Ken Loach for remaking the 18th remake of his own movies.

During the Closing Ceremony, we were presented with another layer of pathetic hypocrisy with Beyonce singing Run the World in the background … But we know the Festival and we know that it’s just for show. Nothing will change.

The real revolution would have been to present Rafiki in the Official Competition instead of Un Certain Regard. Because Rafiki is the sublime movie of the kenyan director Wanuri Kahiu, on a love story between two women, a movie banned in her own country. 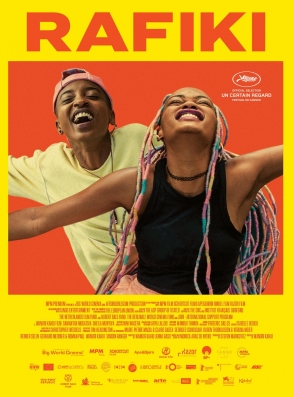 We cannot talk about women in Cannes without talking about Harvey Weinstein, because Cannes created this monster. But Cannes was also his playground for over 30 years, where he ruled like a king and did everything he wanted out in the open. Everyone knew and supported it. I do not think he ever had a hard time finding whores and cocaine for his suite at the Carlton. These were always brought to him on a silver platter, with the thanks of the President. So good, all these new rules in combination with Cate Blanchett to make the public forget the responsibility of Cannes in the reign of Harvey Weinstein, it’s a joke.

Fortunately, Asia Argento was there to save face. At the Closing Ceremony, she recalled being raped at Cannes by Harvey in 1997. That everyone knew. And that others, who behave like Weinstein, will eventually fall. Thank you, Asia.

And the movies in all this?

Yes movies, what about them? Because it is, after all, a film festival. So, let’s talk about the movies. Recurring topics were traditions, prostitution, and family.

Perhaps the filmmakers wanted to tell us that it is time to respect the traditions to save the human condition. As Francis Ist said in front of the camera of Wim Wenders, we are all responsible for others because we are a great community. If we want our world to be better, we must be less individualistic, and care of others, all the others, prostitutes, refugees, lepers, street kids. But despite the good will of Nadine Labaki, who hopes that cinema can change the world, finally what reigns is the Tender indifference of the world (Yerzhanov) on the condition of others.

By the way, Capharnaum is not a bad movie, but it’s not an amazing movie either. Let’s say that it is very easy to make a whole room cry when we film the misery of the world through the eyes of a child (who plays very well by the way). This method also works with the disabled or lepers. The film begins with a lawsuit that a child sues his parents for having given birth to him and ends with his word: “we should not put a baby in the world if we cannot take care of it”. So, what do you propose Nadine? That we sterilize all poor women?

Of the 37 films seen this year, here are the ones I liked and recommend.

– Leto by Kirill Sebrennikov. This film is a poem in black and white with an amazing soundtrack. I loved it. 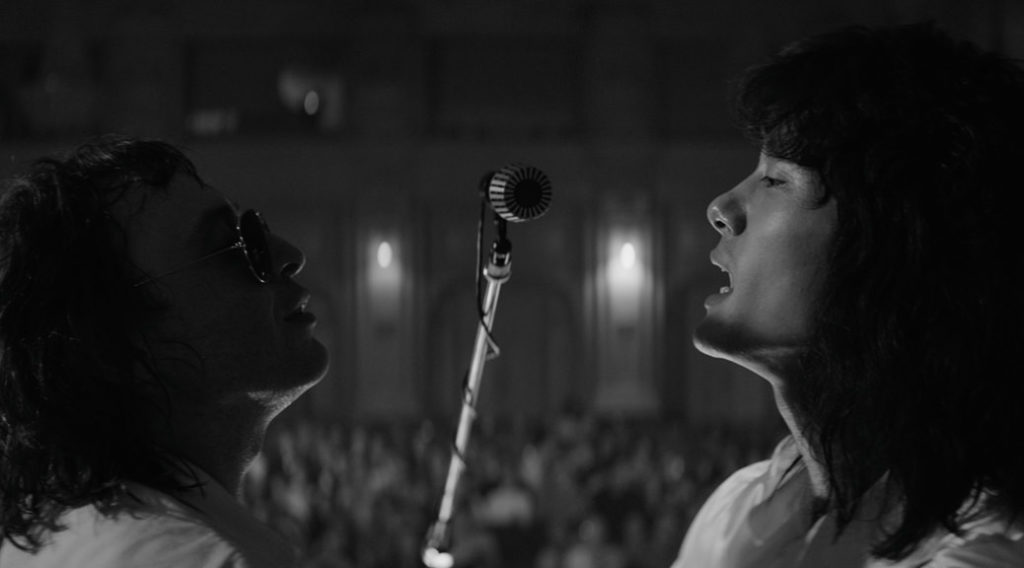 – Cold War by Pawel Pawlivkoski. A moment of grace. 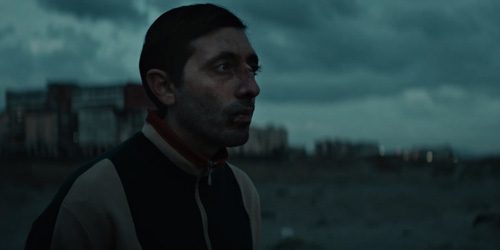 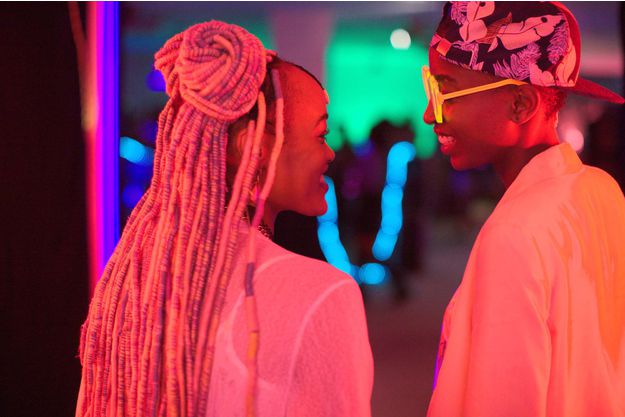 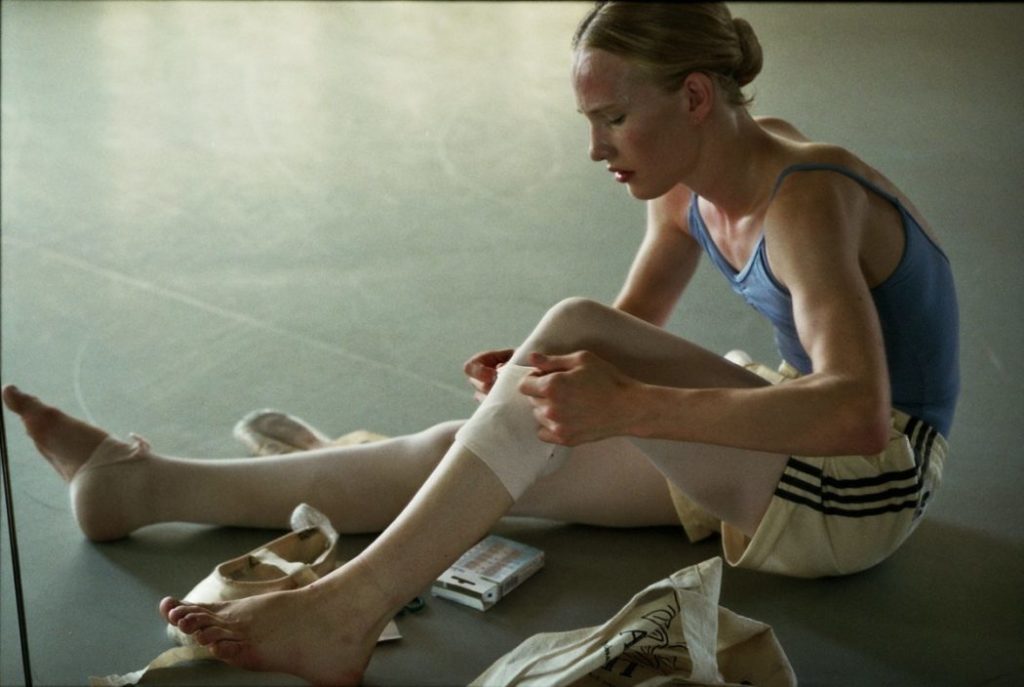 – The Ticklings by Andréa Bescond and Eric Metayer. This film managed to make me cry with anger. The subject, difficult, is wonderfully treated. Never forget that there is a one in five chance that your closest friends will want to tickle your kids. 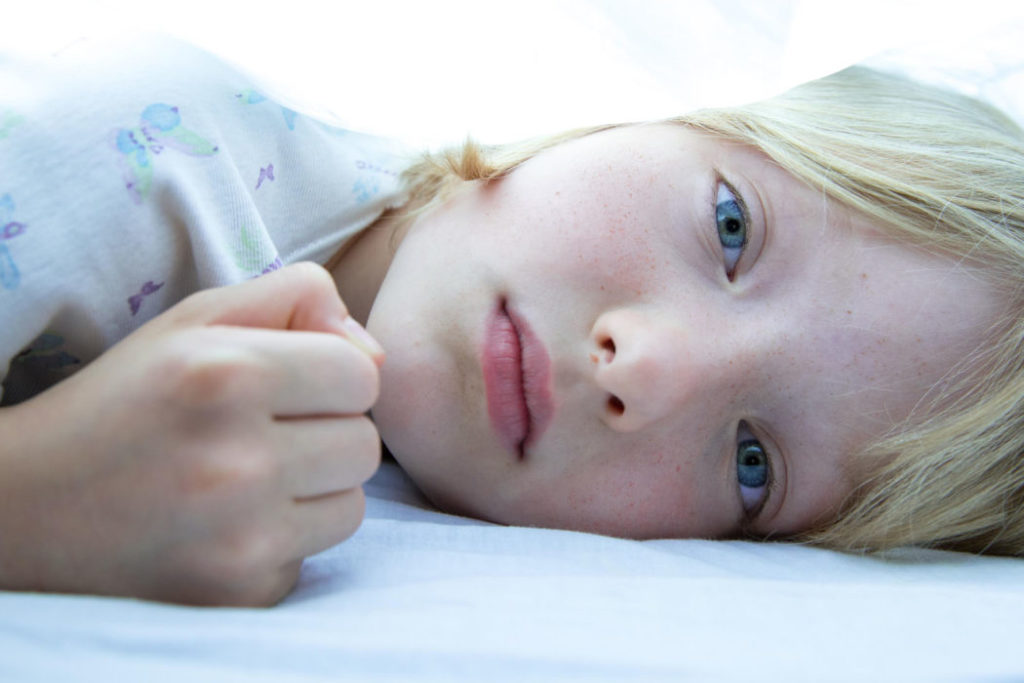 – Parajos de Verano – The Birds of Passage by Cristina Gallego and Ciro Guerra. Or how to mix tradition and business, all with a beautiful aesthetic image. 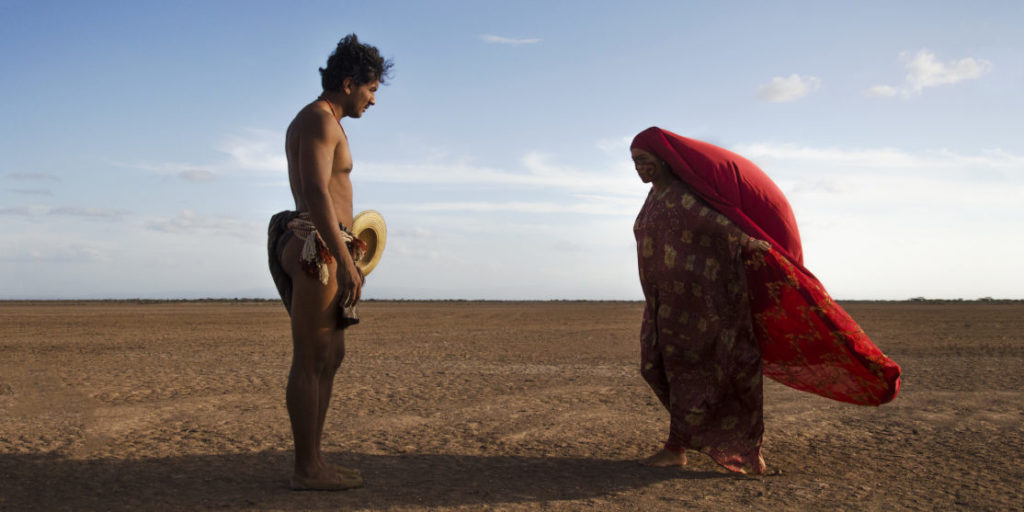 – Wild by Camille Vidal-Naquet. A tender portrait of a boy who prostitutes himself. A beautiful acting performance 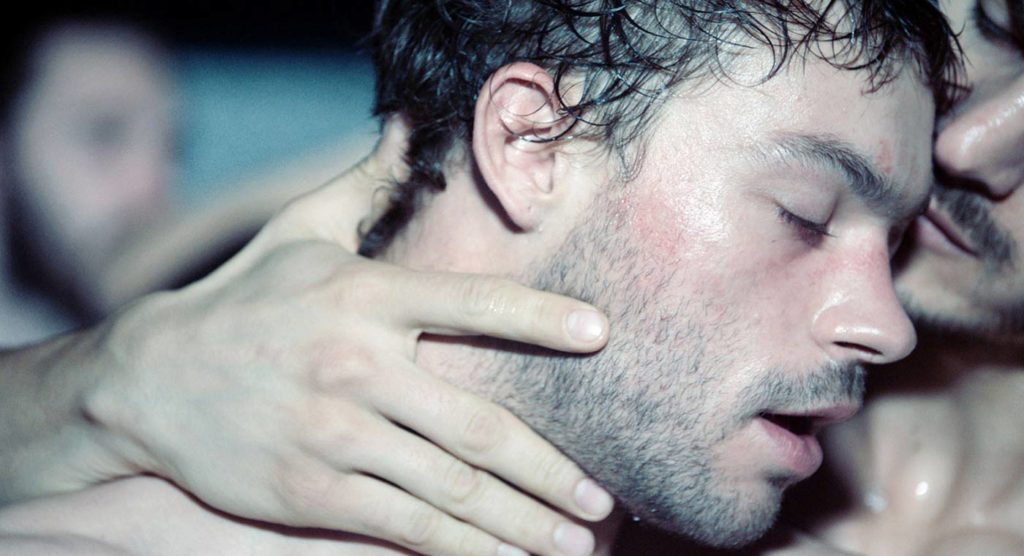 – The House that Jack built by Lars Von Trier. This guy is a genius.